Tyler is a practicing illustrator based in Calgary. Early in his career he doubled as a bicycle messenger. His passion for cycling often comes through in his work, where he enjoys working with bicycle related elements. Tyler hopes that his mural could create some positive dialogue amongst Calgarians and show the world that Calgary loves bikes.

I worked as a bicycle messenger to earn additional income starting out as illustrator, and this is where I developed a passion for cycling. Many of times it has found its way into my body of artwork, and I always try to include some element of cycling into most of my illustrations. Cycling has been a hot topic in Calgary ever since the cycle track was installed, but as time has passed more cyclists have been hitting the streets with their bikes and thats awesome! Its better for the environment, for Calgary businesses, and for
your health. Now a mural might not put us on the short list of best cities to bike in, but I would hope that it could create
some positive dialogue amongst Calgarians and show the world that Calgary loves bikes.
I am thrilled that this program exists and companies are investigating in making art accessible to the public. I would be
honoured to paint a mural with the Belittling Urban Murals Project and contribute a little in adding to the culture of our fine
city. 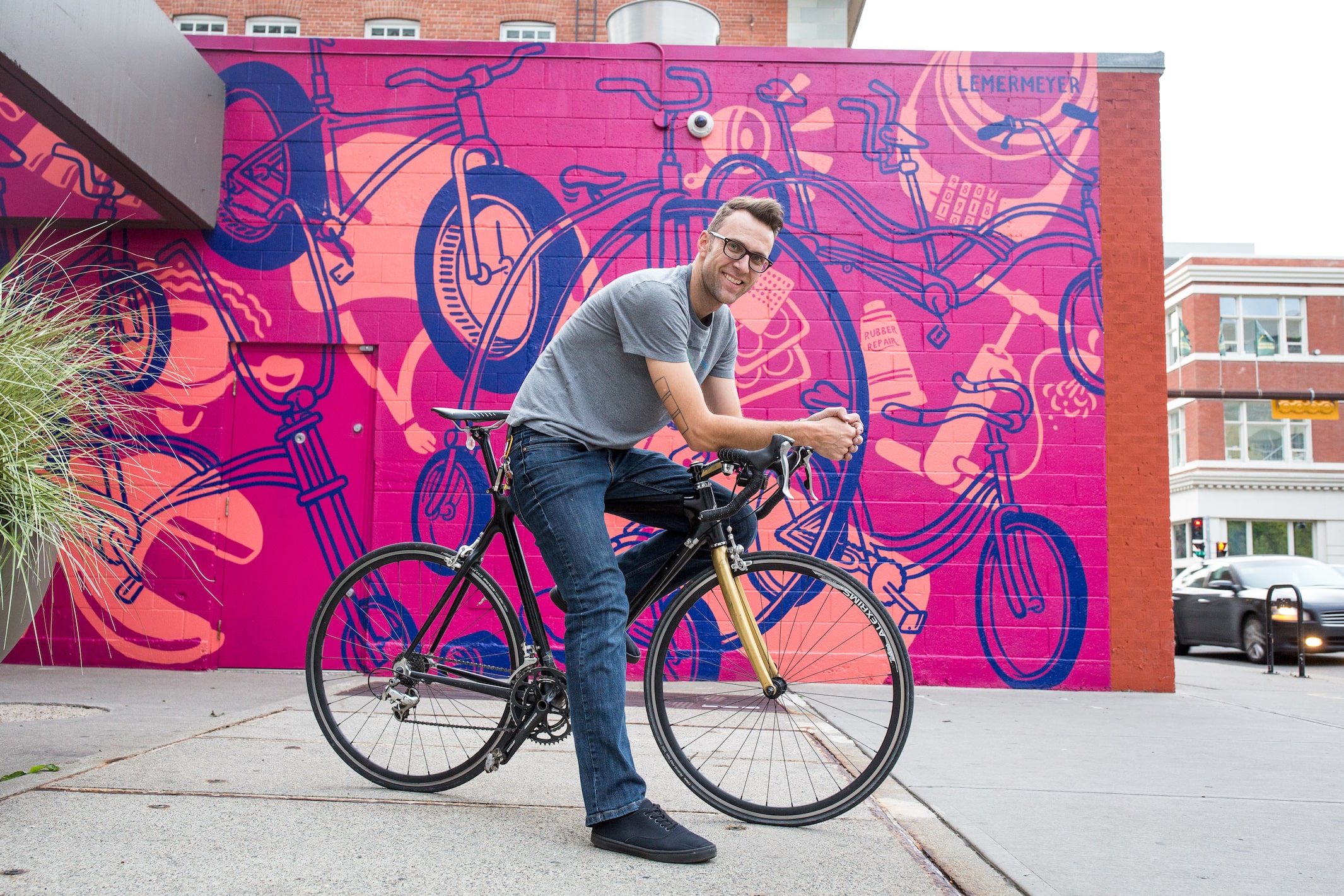 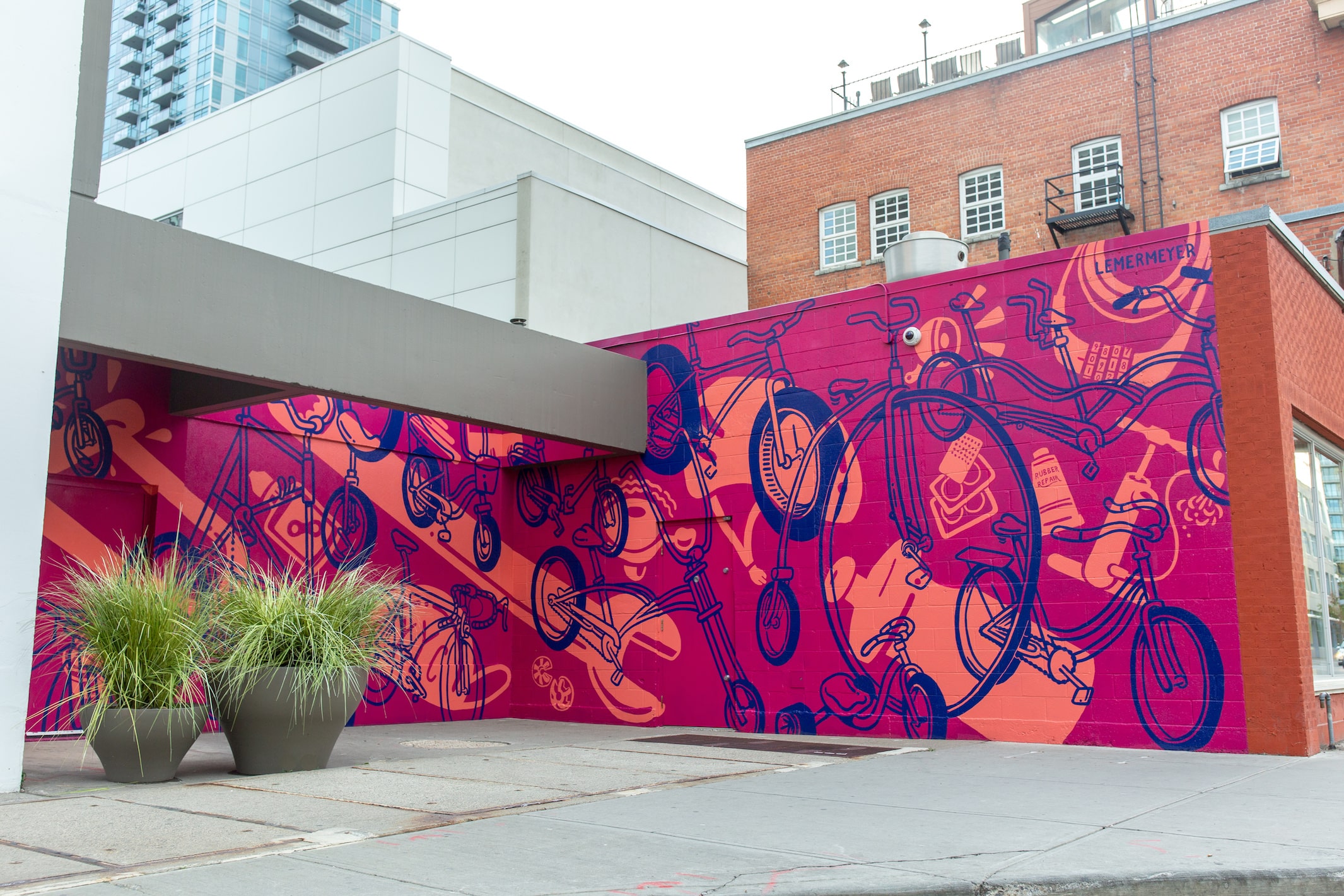