Alex Currie, also known as “RUNT”, is widely recognized as one of Canada’s truly unique creative visionaries.
Runt’s passionate sense of adventure has fueled his work for decades. Known for his large-scale detailed murals, his work has been gracing walls for over 30 years. His work has been commission by some of the top companies in the world, including Pabst Blue Ribbon, Transit Commissions, YouTube offices and many more. Most recently, he was selected as the feature artist for Fortune 500’s Global Forum event, viewed by some of the world’s most influential business and political leaders, including Prime Minister Justin Trudeau. He has been featured in countless publications, to name a few, the Star Newspaper, Swept Magazine, Now Magazine, Eye Weekly. In 2015 he was the subject of a full-length documentary film by Argentinian Director, Augusto Monk. The film was launched at the 2015 Toronto Independent Film Festival, where it won Best Documentary, and selected for a limited theater run in Toronto. 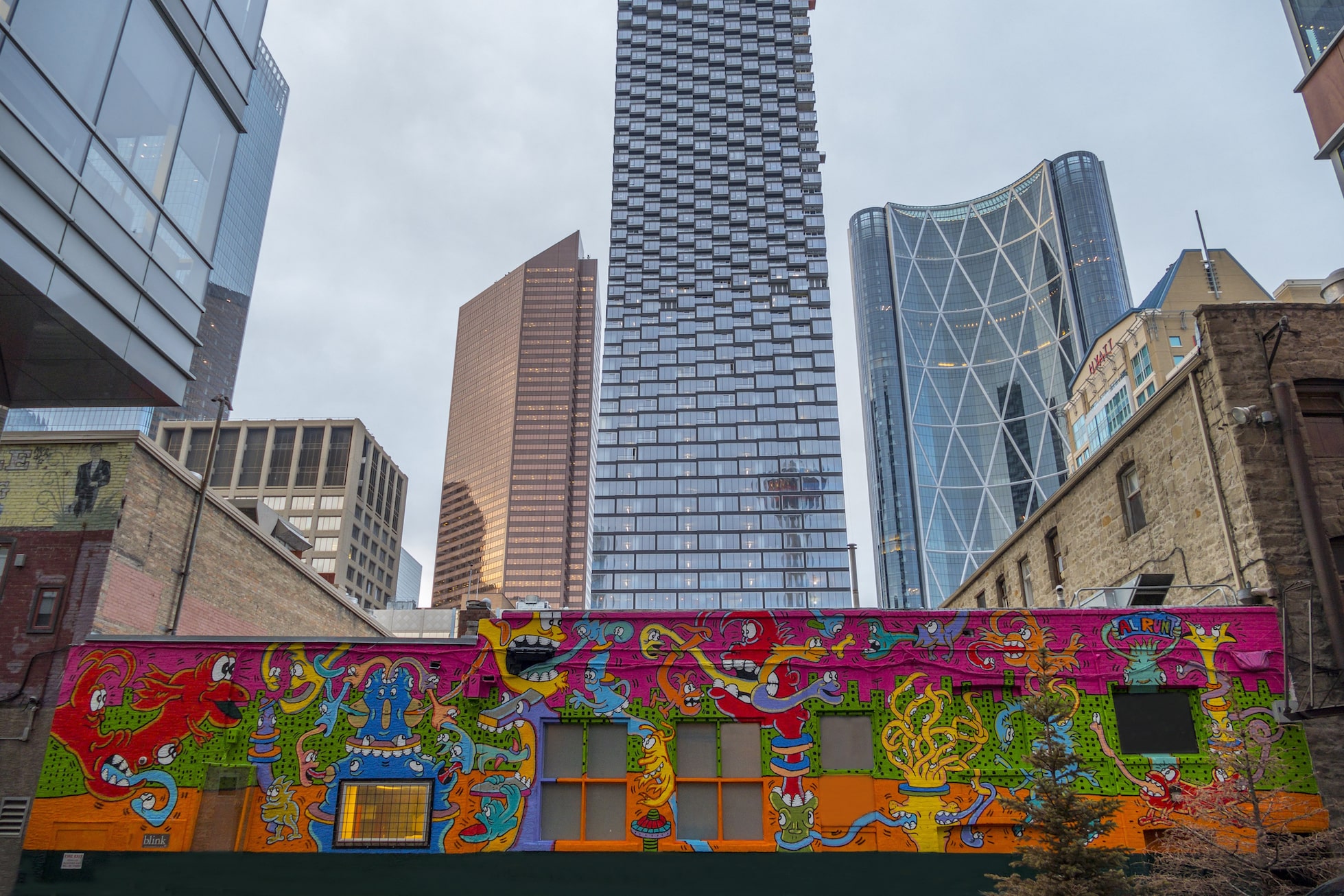 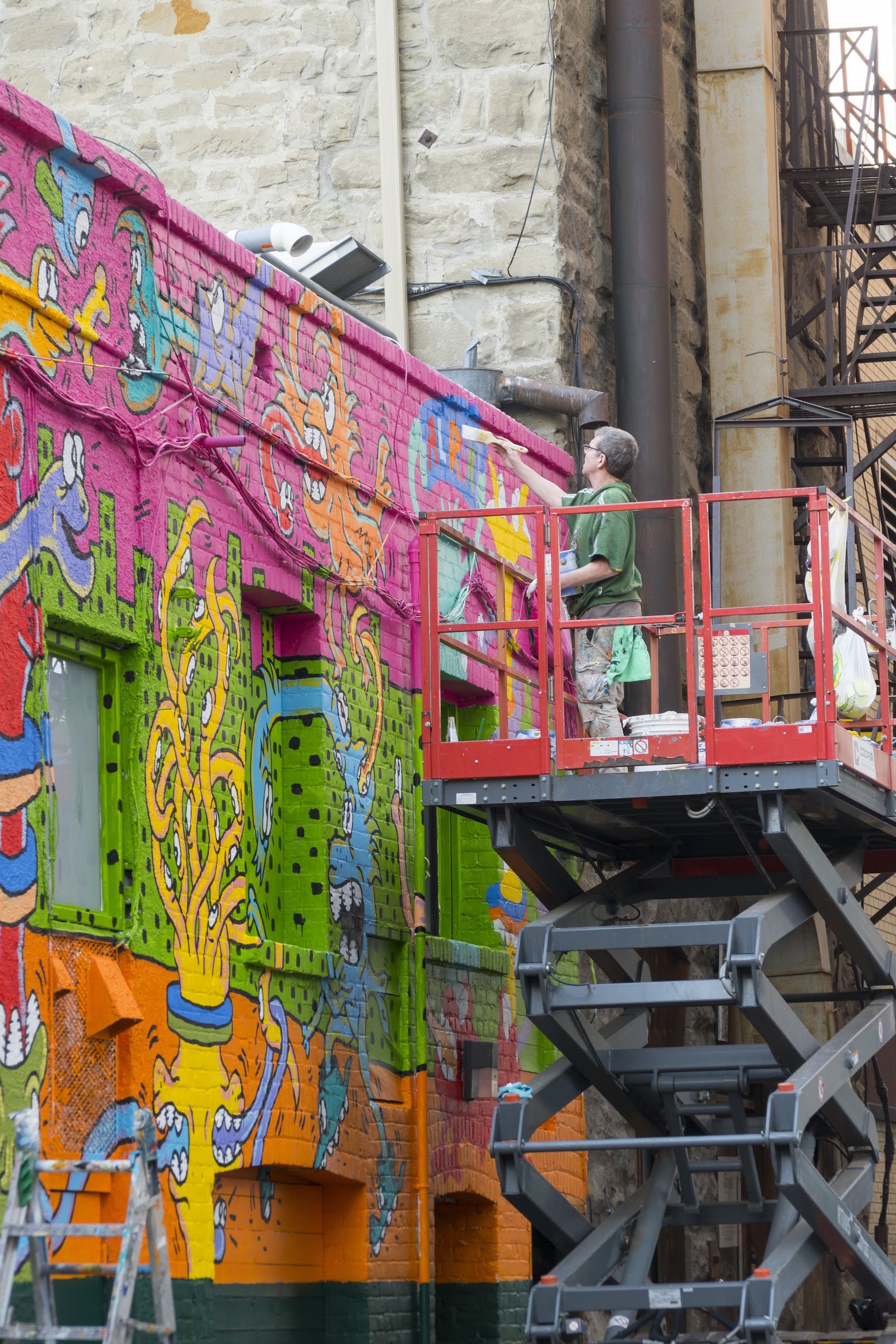 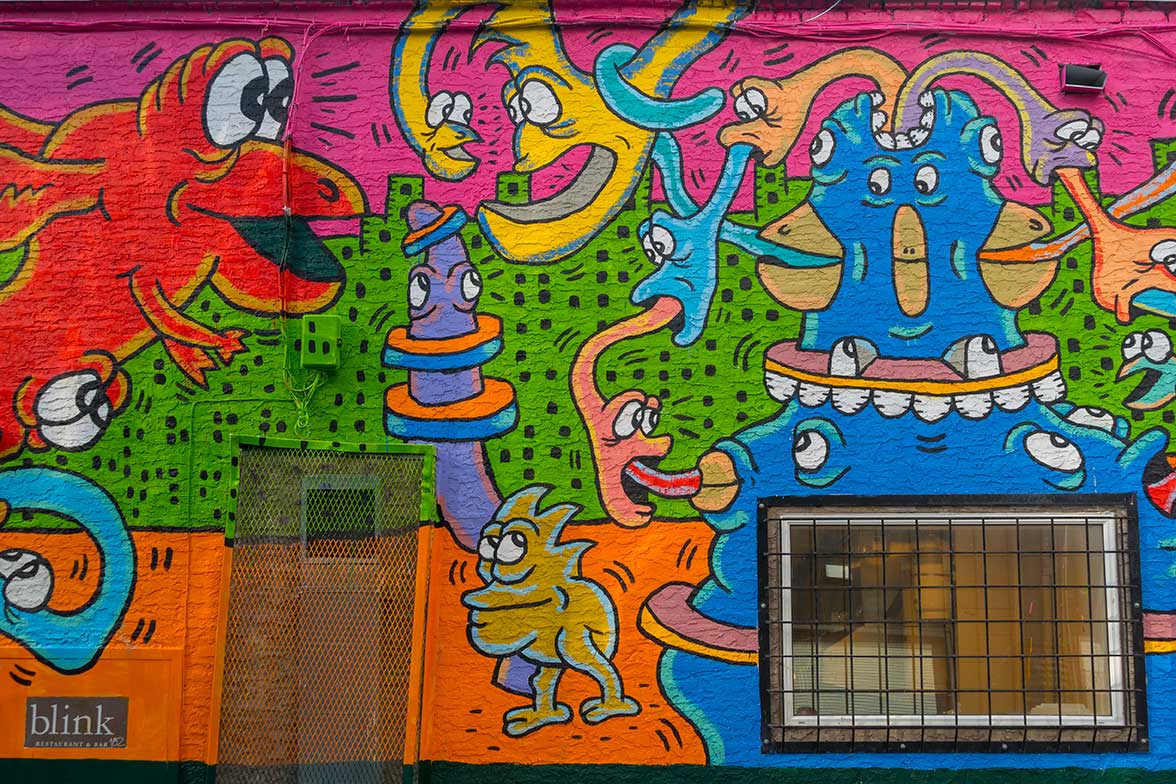