Kay Gallivan is a multidisciplinary artist from Lekwungen Territory and based out of Victoria, BC. Gallivan is well versed in creating original artwork, commissions, murals, set design, workshops, multimedia installations, and sign painting.
She likes Calgary biodiversity, social practice, collaboration, myths and archtypes, textile patterns, and bright, emotional colour schemes. Some of her favourite colour palettes come from the sky and some of her favourite sounds and textures come from the water.

I have a deep appreciation for the place-based nature of murals, so usually when visiting a place to paint a mural I start by getting a sense of the Calgary area including the flora and fauna. I have done this many times, but the process of studying the Calgary ecosystem in Calgary was peculiar because it was so familiar to me; I had lived in Alberta (including Calgary) for my entire life until I left ten years ago. The beings I was learning about as I spoke to Calgary experts, read books and websites, and walked around Inglewood Bird Sanctuary, including aspen trees, grasses such as grandma’s eyelash, dogwood, and pussy willow, had surrounded me when I was young to the extent that at one point I thought they were everywhere and saw right past them. What I once thought of as ubiquitous is actually very fragile and rare: the grassland ecosystem is among the most endangered in the world due to monocropping (see this photo we took on the way out). These discoveries had me reflecting on how strange and interconnected our lives are and visiting an old city had me doing the same, so I represented this through creating a dense study of plants interlocking with each other. The Calcutta Cricket Club has already created an environment full of lush natural beauty, so it was a nice place to create a mural encouraging passers by to see their natural surroundings with fresh eyes. 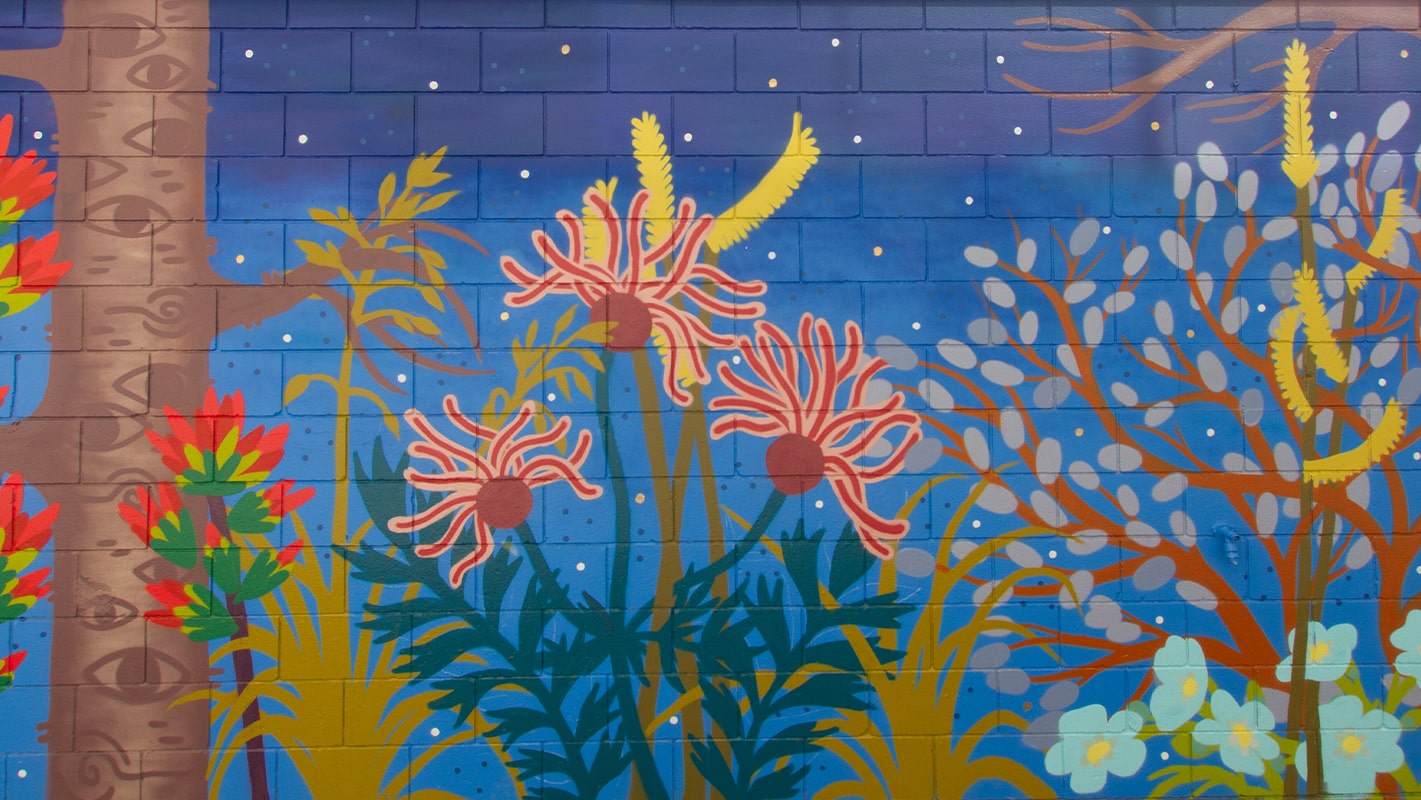 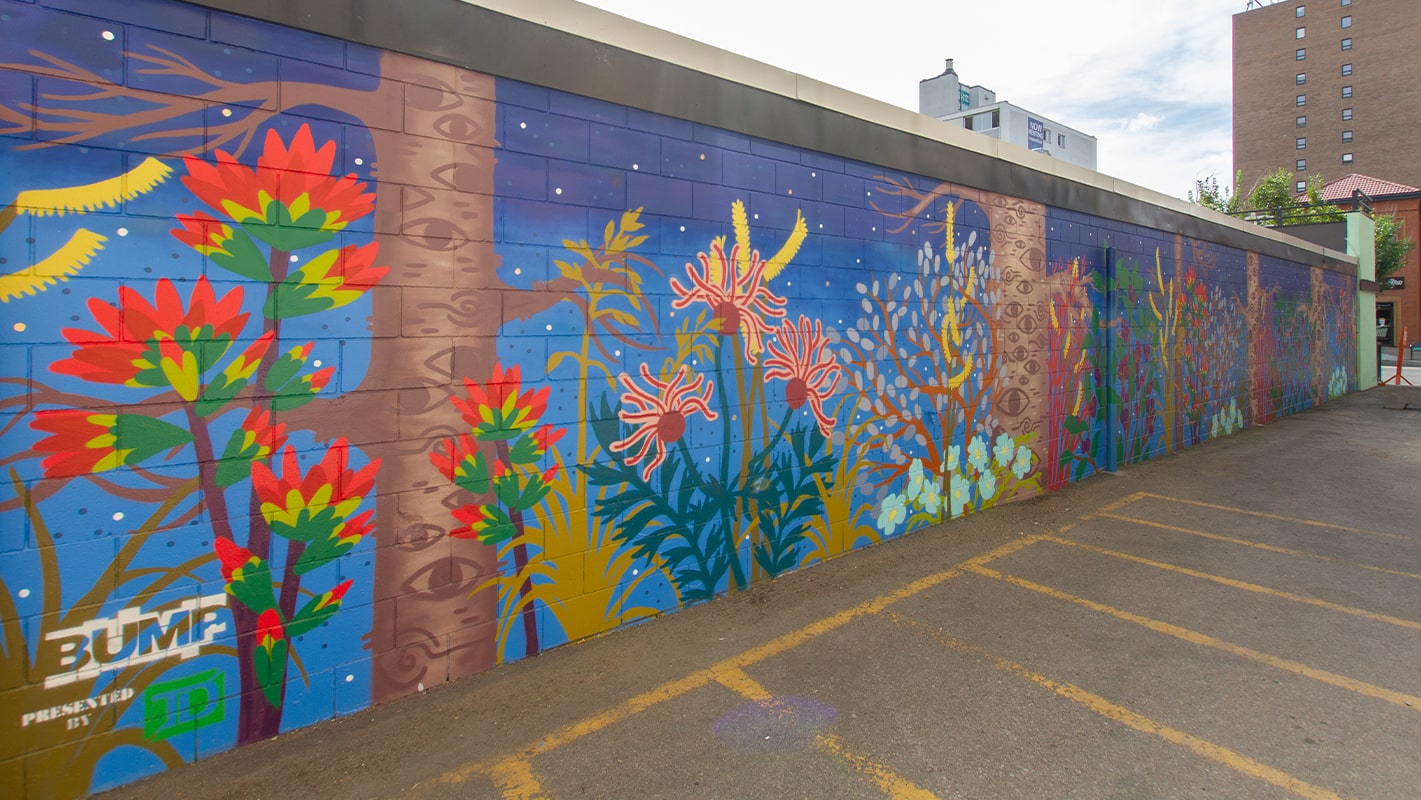