Katherine Langdon is an emerging, interdisciplinary artist originally from Calgary. She is currently living in Vancouver, British Columbia studying for her BFA at Emily Carr University of Art and Design. Katherine has been involved with graffiti and mural projects across Western Canada since 2016. In recent years, her work has focused on exploring Chaos Theory and its connection to pseudo-randomness by dissecting narratives with personal and cultural significance. In her studio and public art practice, she uses digital, traditional, and contemporary mediums to traverse the line between spontaneous and strategic approaches to painting.

In my design, I create the illusion of an oasis within an urban location. I wanted to commemorate the curious and serendipitous connections made in places of importance which are often overlooked. I chose to reference The Mojave Phone Booth, commenting on liminality and mirroring the history of 11th Ave in many ways.

A brief history of the Mojave Phone Booth:

In 1997 Godfrey (Doc) Daniels was given the number for a pay phone located in the middle of the Mojave desert, on the traditional lands of the Chemehuevi Indian Tribe, miles from the nearest paved roads. After repeatedly calling, a stranger finally answered. Daniels would later write a blog post sharing his experience, noting the number and location of the phone booth. After the media discovered the story, people began to flock to the phone booth to have conversations with strangers calling from across the globe. A destination far off the beaten path became a pilgrimage for travellers fascinated by the unique monument. In May 2000, the phone booth was removed at the request of the National Parks Service due to the environmental damage caused by inconsiderate visitors. The connection between a payphone in the middle of a desert and a street in Calgary is that in the ’80s, 638 11th Avenue SW was steps from the epicentre of Calgary’s notorious Electric Avenue. At the time of the Calgary Olympics and Flames’ Stanley Cup win, Electric Ave was at its peak of popularity. Today 11th Ave is unrecognizable from the debaucherous gathering place it once was. Places like The Mojave Phone Booth, Electric Ave, and even public art, tell stories of unique slivers of time and the connections they fostered in their community. 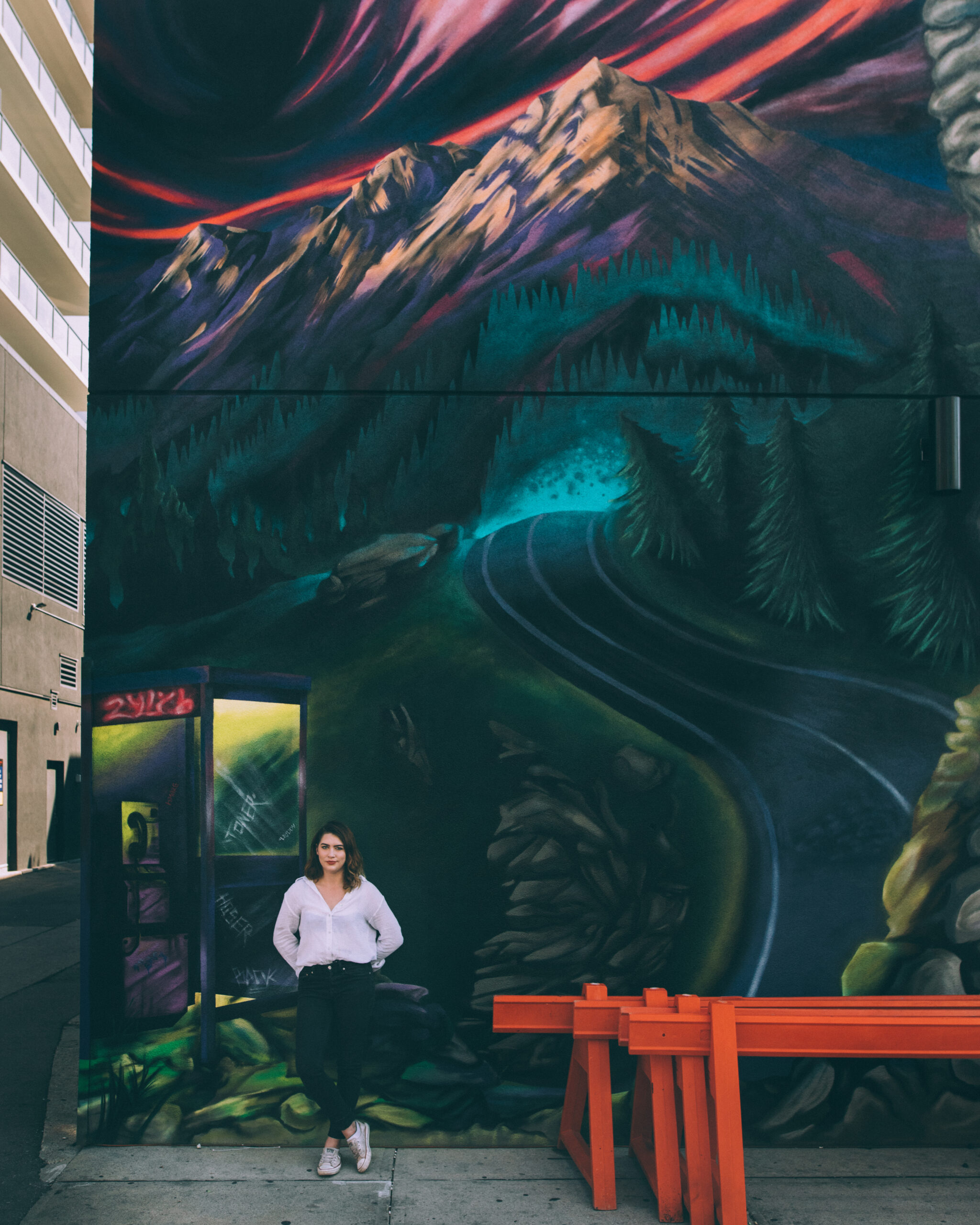 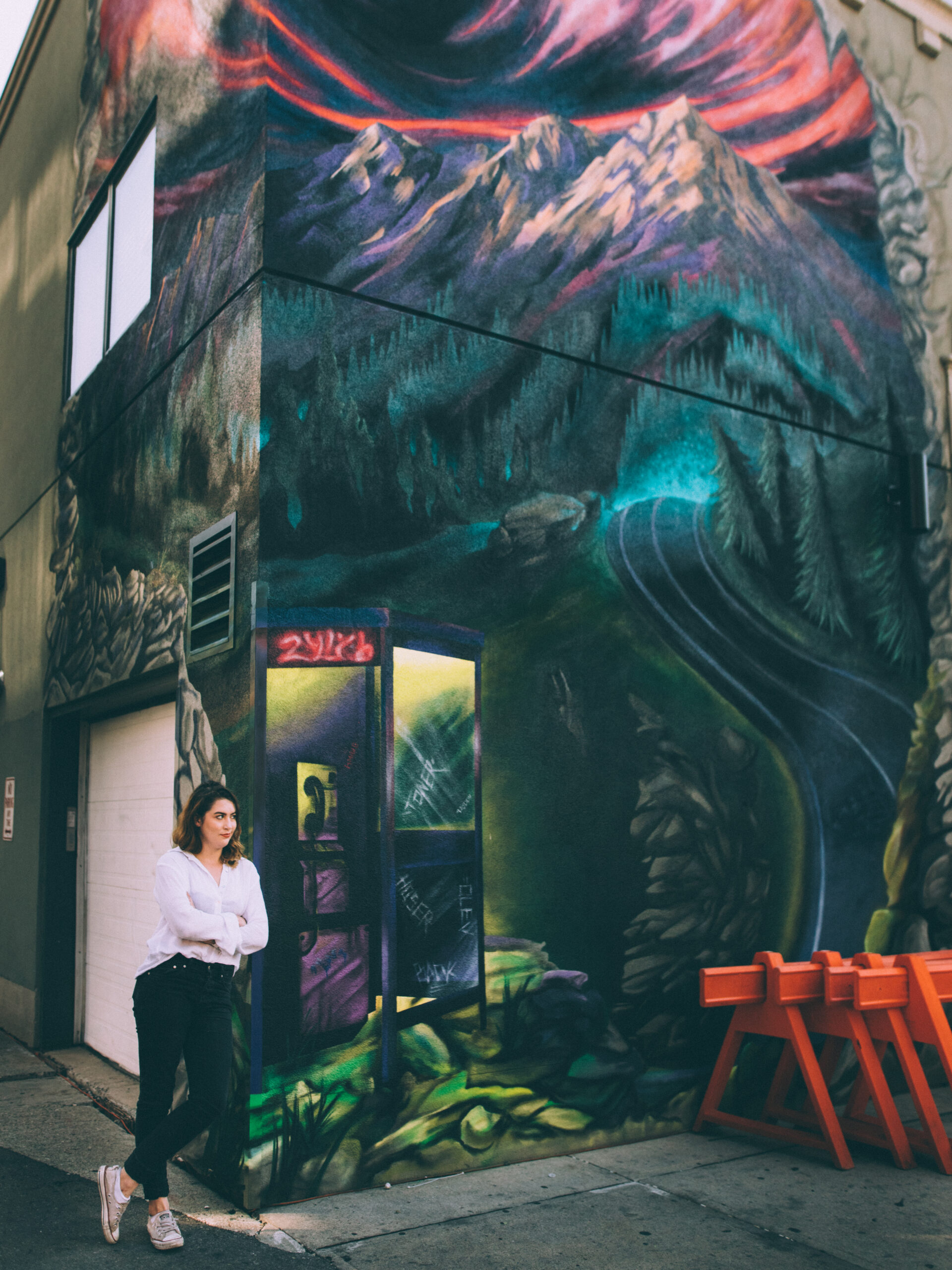 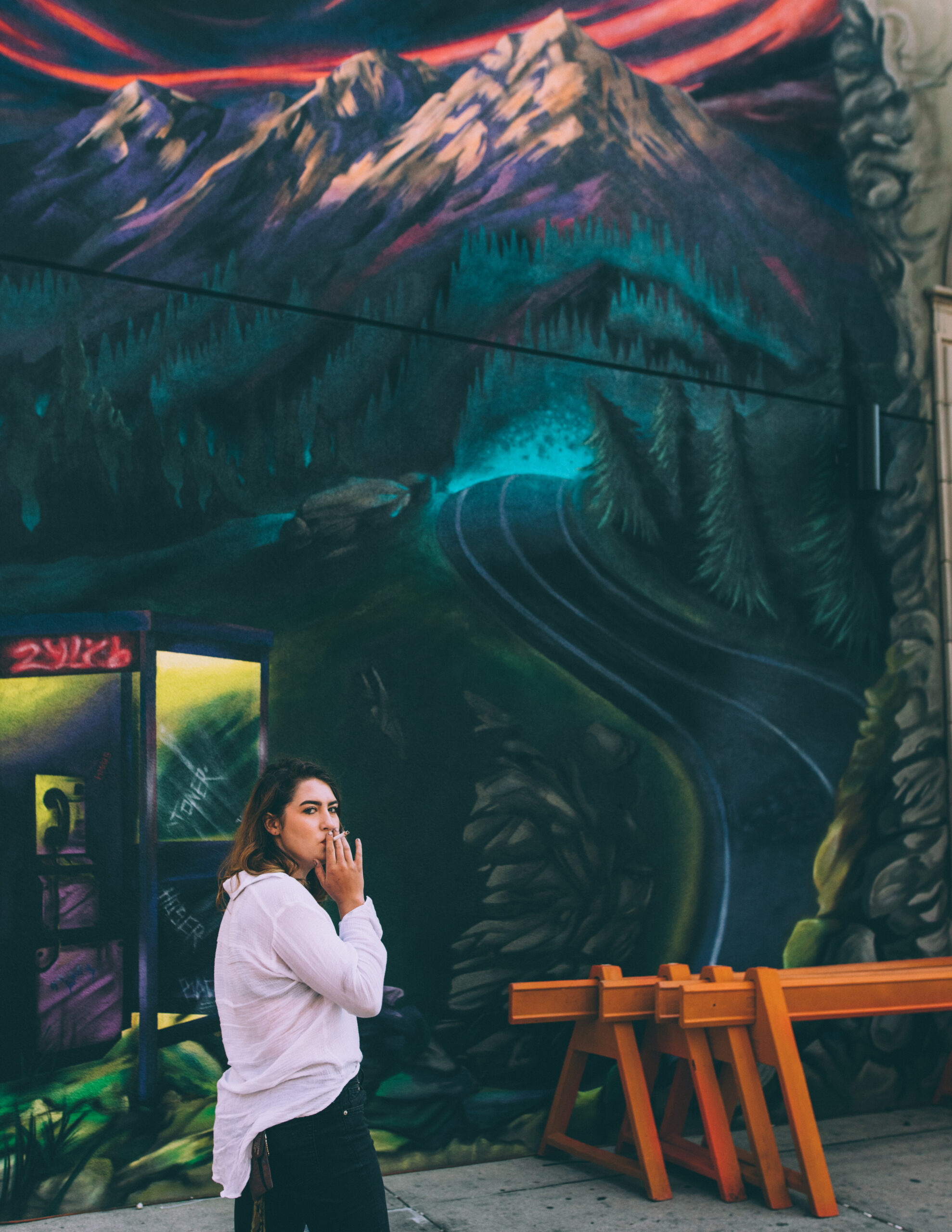 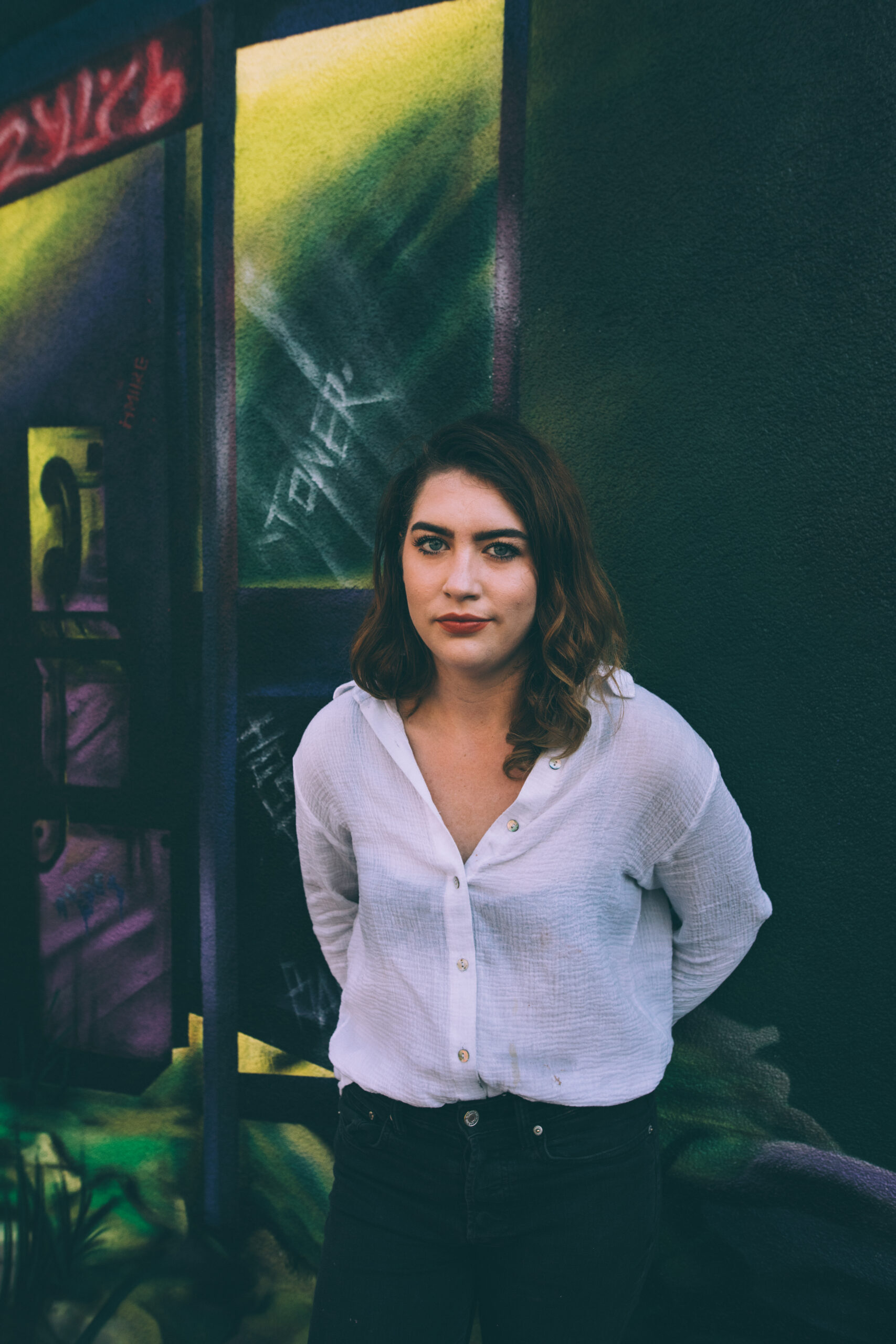