Boris Biberdžić a.k.a. Borrris is a muralist and illustrator hailing from ex-Yugoslavia, currently living in Montreal. Driven by a desire to bring art to the masses, he contributed in building a graffiti community in Sherbrooke and Montreal before working alongside various organisations to create murals within the province of Quebec. His street art background, coupled with a graphic design degree from UQAM has led him to develop a bold, colourful style focusing on storytelling and metaphor. Inspired by modern art, his work is a mix of abstraction and figurative art born from visual associations and perception. He’s also involved in the illustration community as a member of Illustration Quebec, an artist-run organisation whose mission is to support illustration. His commercial clients include BNP-Paribas, Bacardi, Bombay Sapphire and Kubota.

“This project was about transforming an undesirable, previously unused space into a welcoming one that would complement the design of the Flyover Park. This newly-constructed park connects the Bridgeland neighbourhood to Downtown, in a location which was primarily a transit space.

The murals were painted on the abutment supporting the flyover as well as 3 pillars that support it. I wanted to represent people moving through their city with visual storytelling that highlights Calgary geography, landmarks and architecture. By using simple geometry and suggesting everyday scenes in a semi-abstract way, I’m hoping the observers make up their own interpretation as they pass by the pillars.

The sides of each pillar were especially fun to paint since they would connect the front and back pictures and were painted freestyle. The idea was to reuse some floral elements painted on the abutment as elements that would connect each of the four murals.” 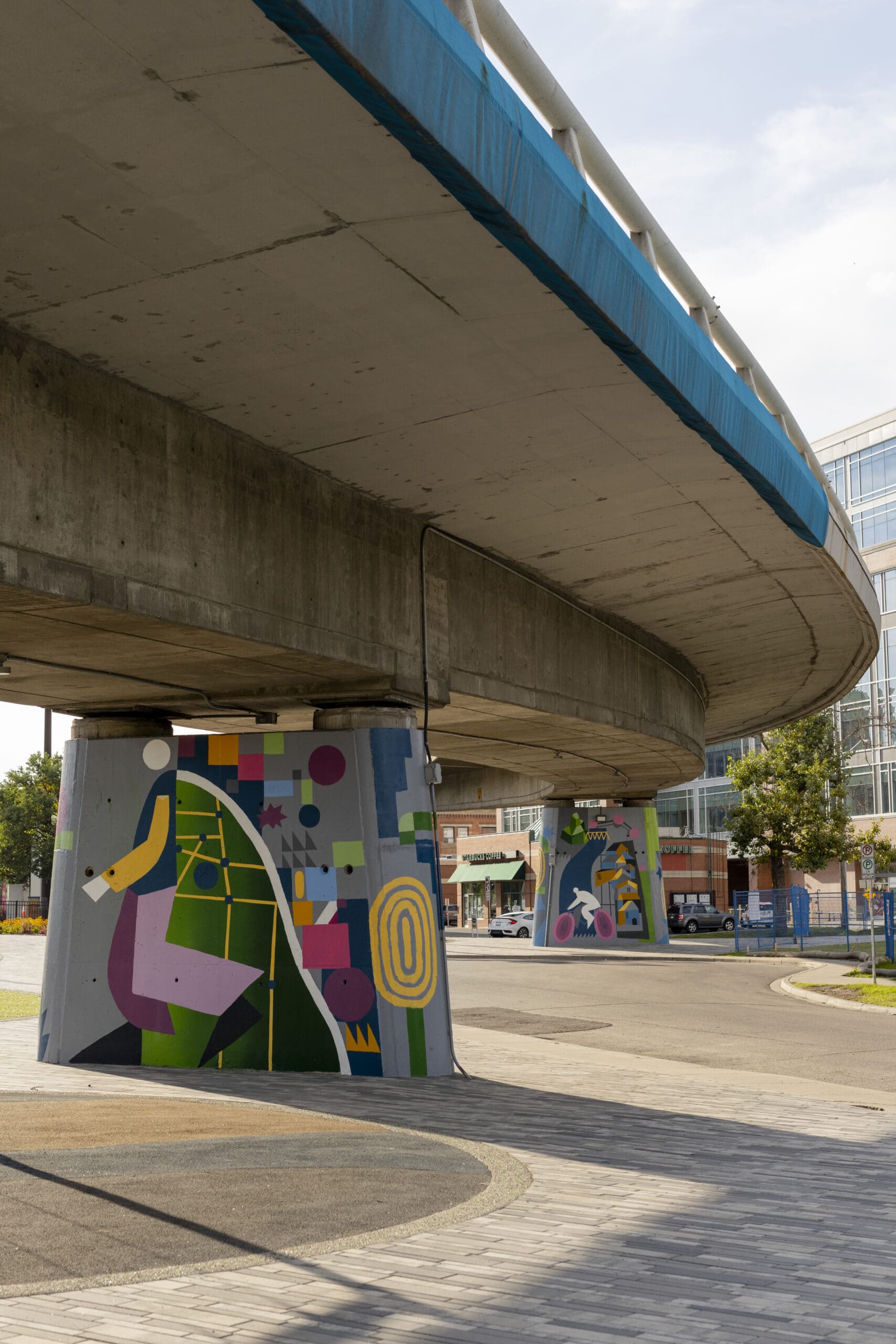 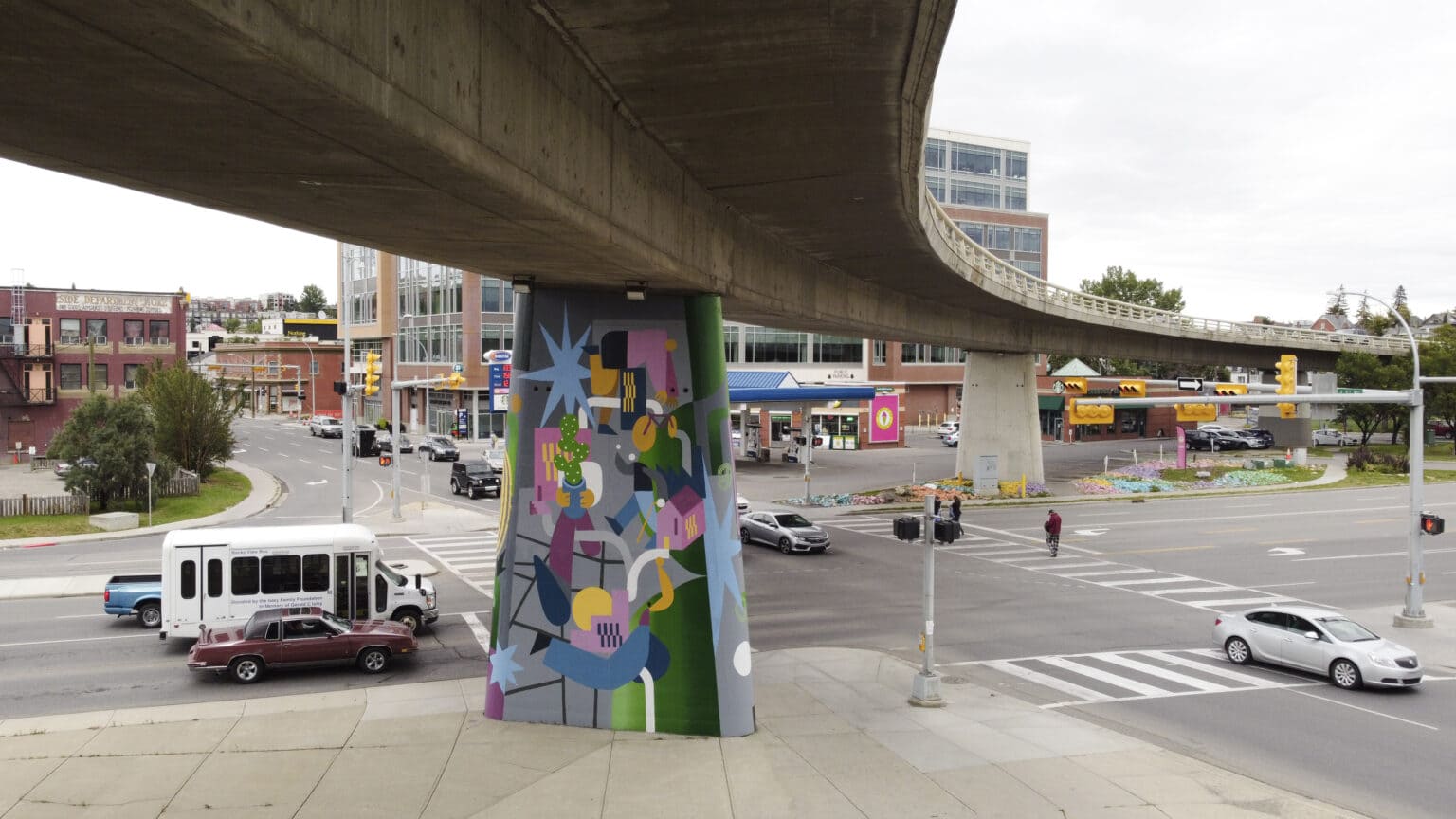 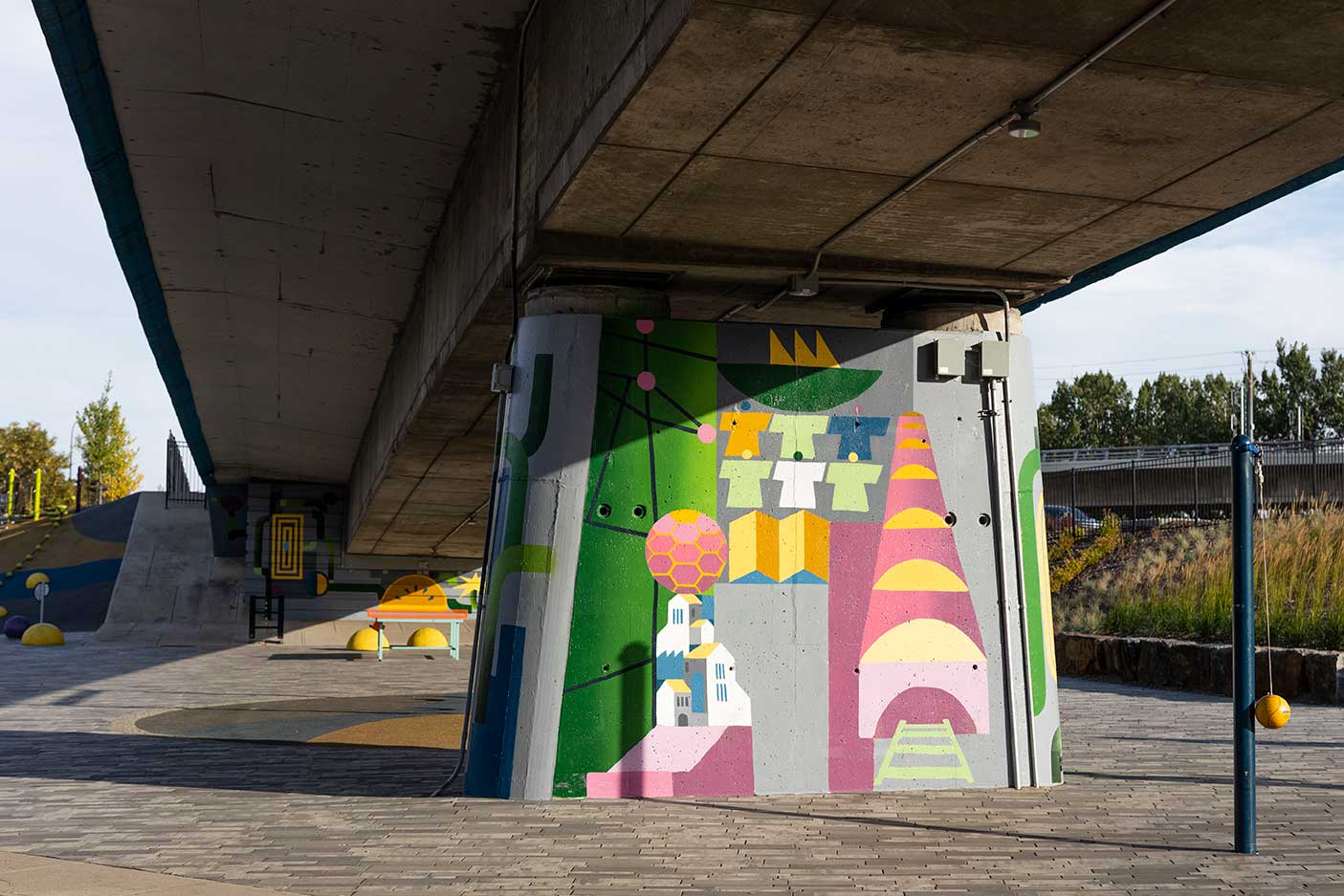