Lucinda is an Internationally known muralist and painter born and raised in Glendale, AZ. She is Xicana: Apache and Yaqui Descent. In 2012 she began curating underground art shows, which led her to curate solo exhibits for local artists in Phoenix, AZ. In 2017, she was invited to paint for “Wall Therapy” in Rochester, NY, then O+Positive Mural Festival in 2018. She has shown in several Galleries and Museums across the US including ChimMaya Gallery in East LA, La Bodega San Diego, CA, Frost Gallery in Brooklyn, NY, Tangent Gallery in Milwaukee, ASU Gammage, Arizona History Museum, and NAU Art Museum to name a few. And most recently was invited by the US Embassy of France to paint a 7 story mural in Marseille, France for the neighborhood of Plan d’ou.

Lucinda is quickly gaining popularity around the country due to her incredible talent as a muralist and commitment to social justice issues. Her murals and paintings are influenced stylistically and thematically by Chicano, Indigenous Art and Spirituality. She embodies the aesthetic and ideals of Chicano Culture, Native issues and sets it in a contemporary context creating a dialect between art and society. She has worked alongside Civil Rights Organizations non-profits such as: Promise AZ, ACLU of Arizona, ACLU Nationwide, Poder in Action and LUCHA. In May of 2018, Lucinda was recognized for her work and advocacy inside The Arizona State Senate by Senator Catherine Miranda. In May 2019 AZ Congressman Greg Stanton met Lucinda to discuss her #MMIW Mural and the topic of Missing and Murdered Indigenous Women. Lucinda continues to address social issues with her work. She has spoken at conferences, schools, and panels. Lucinda has just recently appeared as the main character for the short film “La Morena”. The film reached international news and has been published in LA Times, ABC News and aired on National TV show “Right This Minute” Lucinda continues to use her activism to serve local communities.

“I am a Cree-Métis emerging artist originally from Slave Lake in Treaty 8 territory, with family ties to Bigstone Cree Nation and Sawridge Cree Nation. My artist name is bb iskwew symbolizing my traditional Cree name gifted to me by nokum (my grandmother) when I was born, which was Baby Woman. My art practice reflects my connection to the matriarch of my family, nokum, who gave me that name with the intention that I would become a healer and share medicine to help People. Today, my art practice is a way to share my healing journey with people, specifically with younger generations. The work I do is my own healing journey of building healthy communal relationships with the land, culture, nehiyawewin (cree language), younger generations, and to my matriarchal roots.”

La Morena and bb iskwew chose to collaborate on a mural that celebrates the power of life givers. This team is a north meets south collaboration honoring matriarchy and womanhood. This mural is located on Treaty 7 territory, and to celebrate the beauty and power of matriarchs from Treaty 7 nations they included a portrait of Alanna Bluebird, who is a Tsuut’ina (Dene) and Niitsitapi (Blackfoot) woman. This mural is located close to Mohkinstsis, where the Elbow River meets the Bow River which is a place that was traditionally a site where Blackfoot peoples would gather and pick medicines along the bow river. Our intention is to create a mural that honors the matriarchal connection to the land in this specific area as well as across all turtle island. 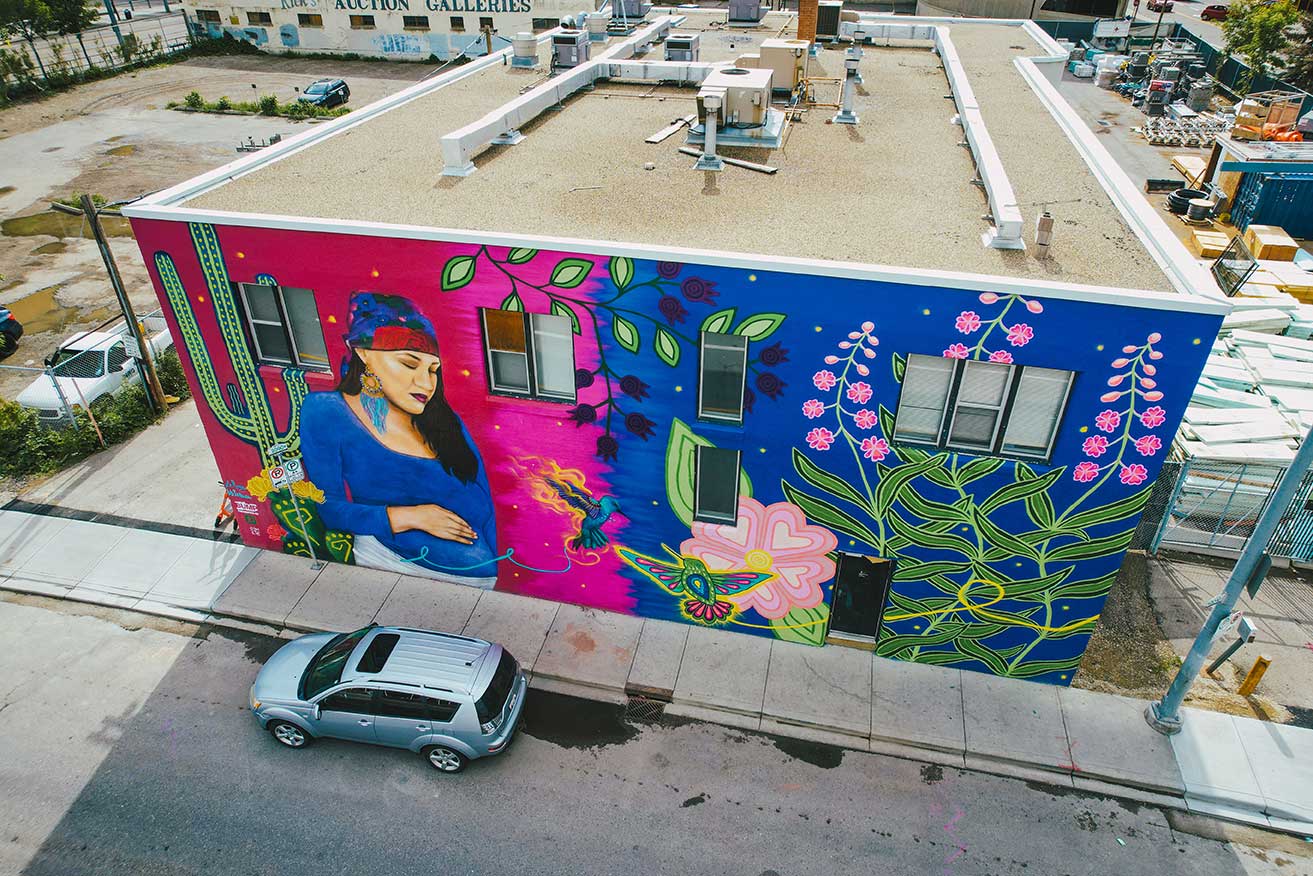 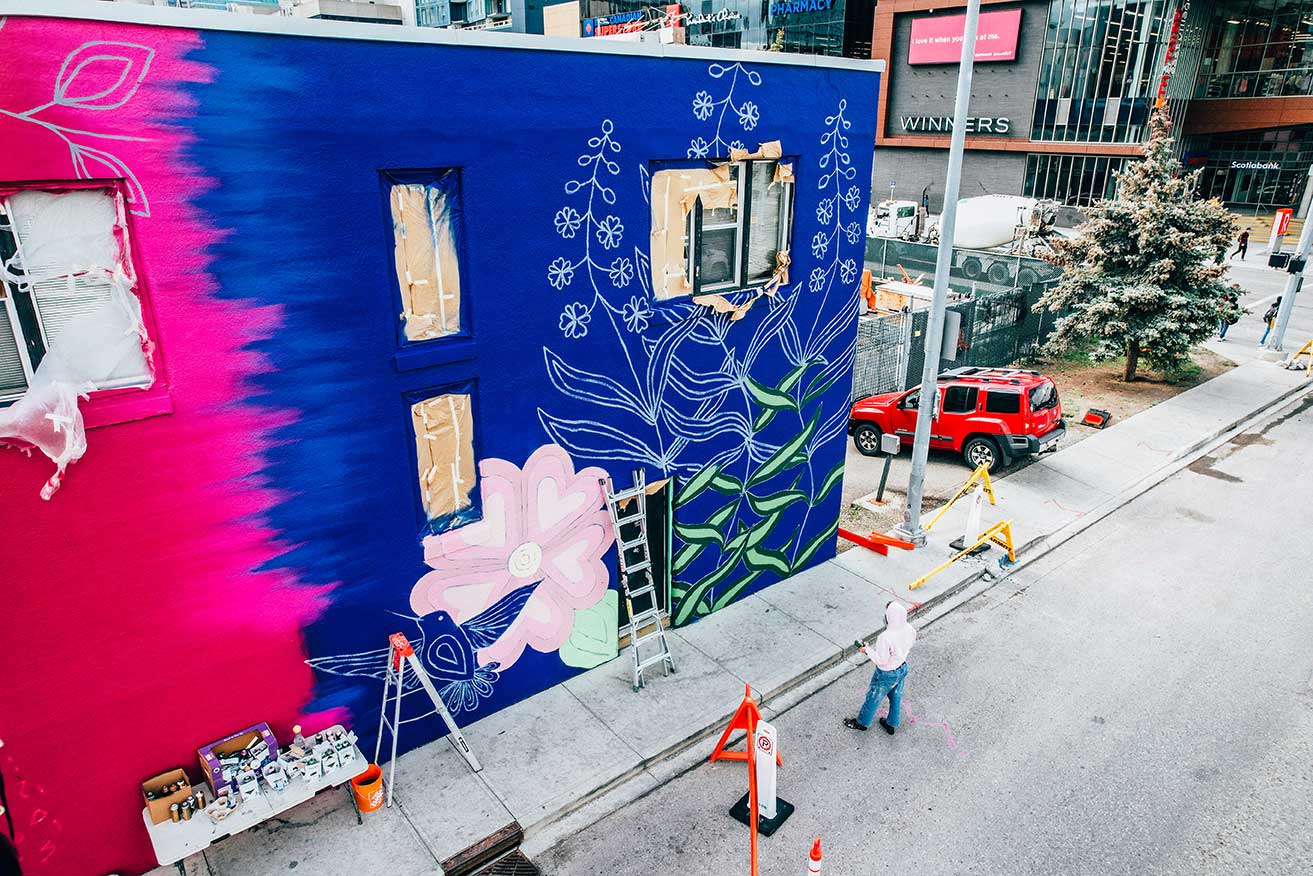 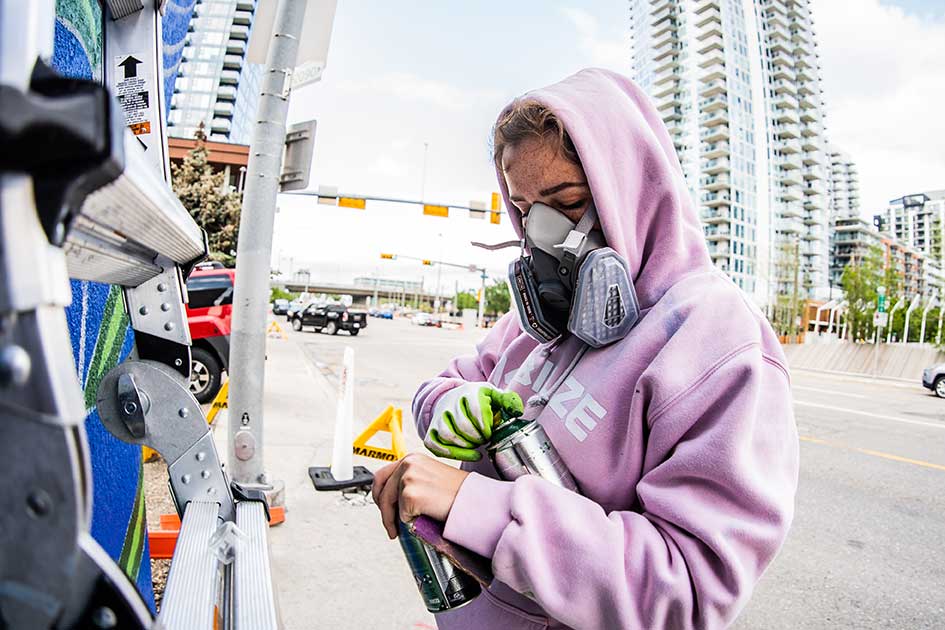 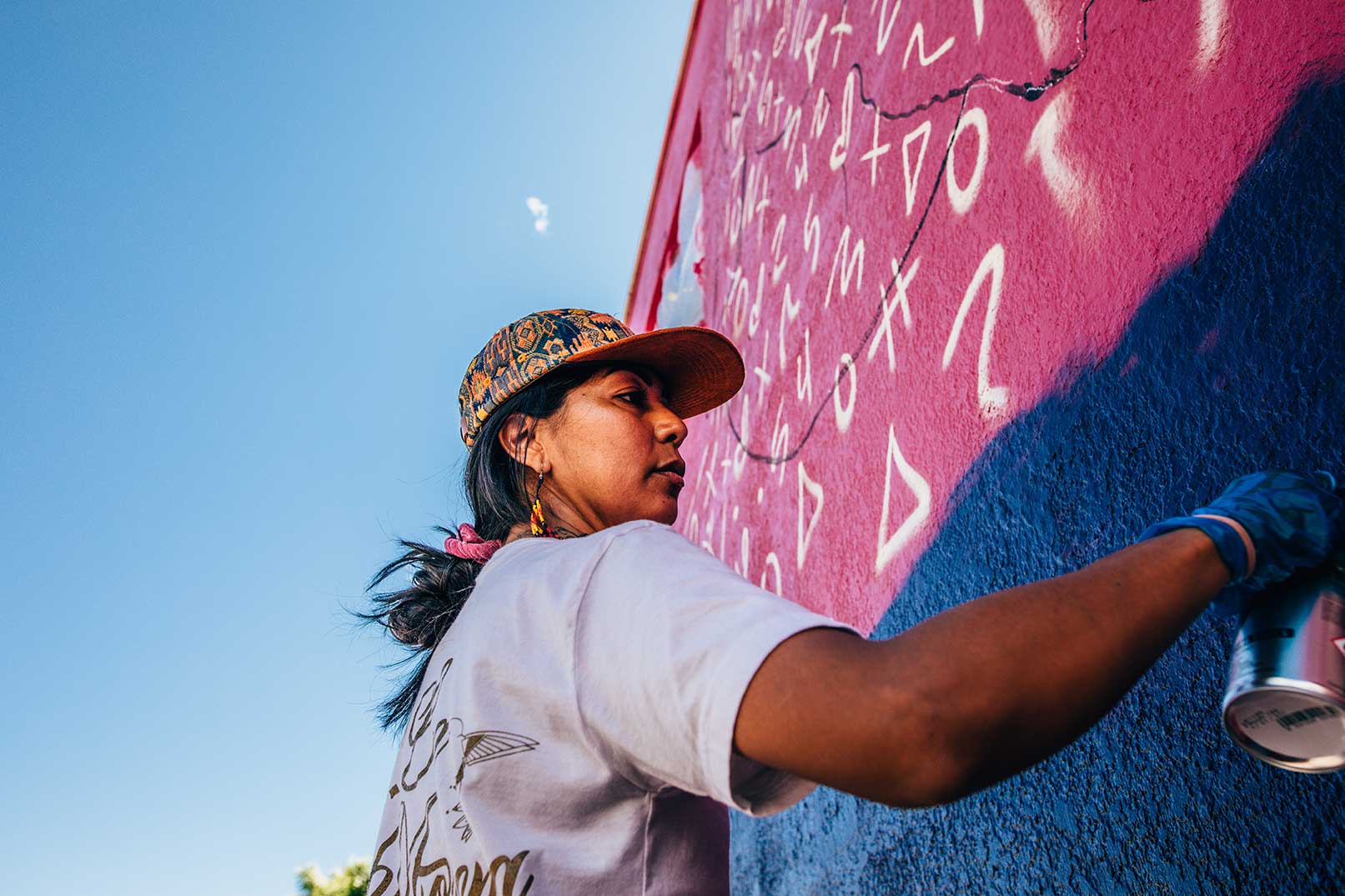 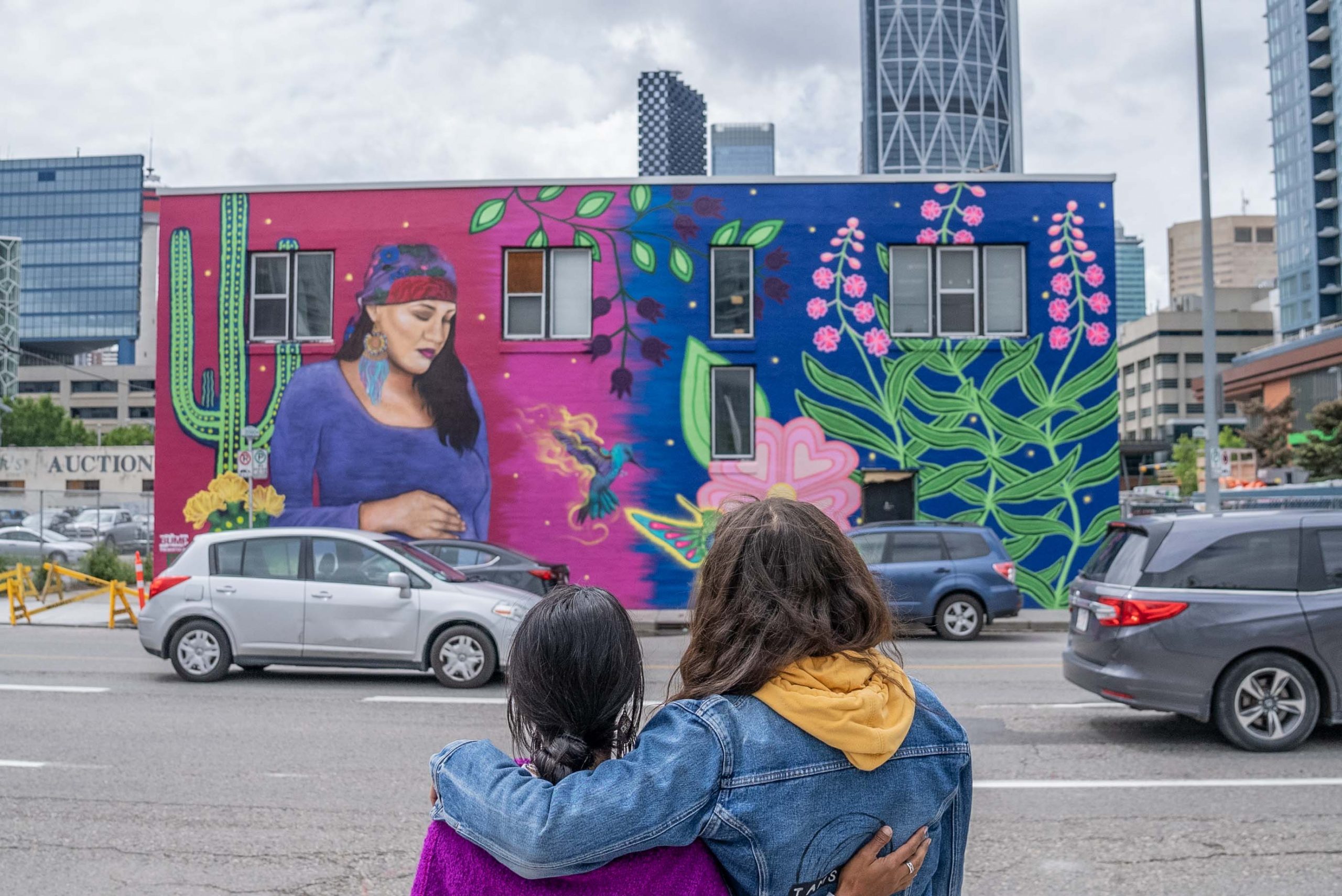