Astro created his first graffiti work in 2000 in the northern suburb of Paris. His work can be found in France, USA, London, Italy, Germany, Portugal and many more countries. He has been commissioned by many international mural festivals and by high profile Corporations, including Microsoft, Google, Skoda, Citadium, Legallais, Montana Colors, Eskis to name a few. He has been featured in publications such as Time Out, Street Art United States, Graffiti Street, Brooklyn Street Art and more. At ease with large formats in his mural work, he also has a strong studio practice focusing on original works on canvas and paper which have been exhibited in galleries around the world.

Originally focused on lettering and Wildstyle, this passionate artist later developed his technique into abstract work by mixing curves, calligraphy and dynamic shapes. Inspired by Hartung, Vasarely and Mucha, he has created his own signature world by exploiting the subtlety of shadows and light, the strength of color and depth perspective.

Thanks to the spontaneous and impulsive imprint which characterizes him, Astro tricks the viewers’ eye by visually transforming the flatness of facades and paintings, creating impressive dimensional optical illusions. His energy and his originality has resulted in international recognition. 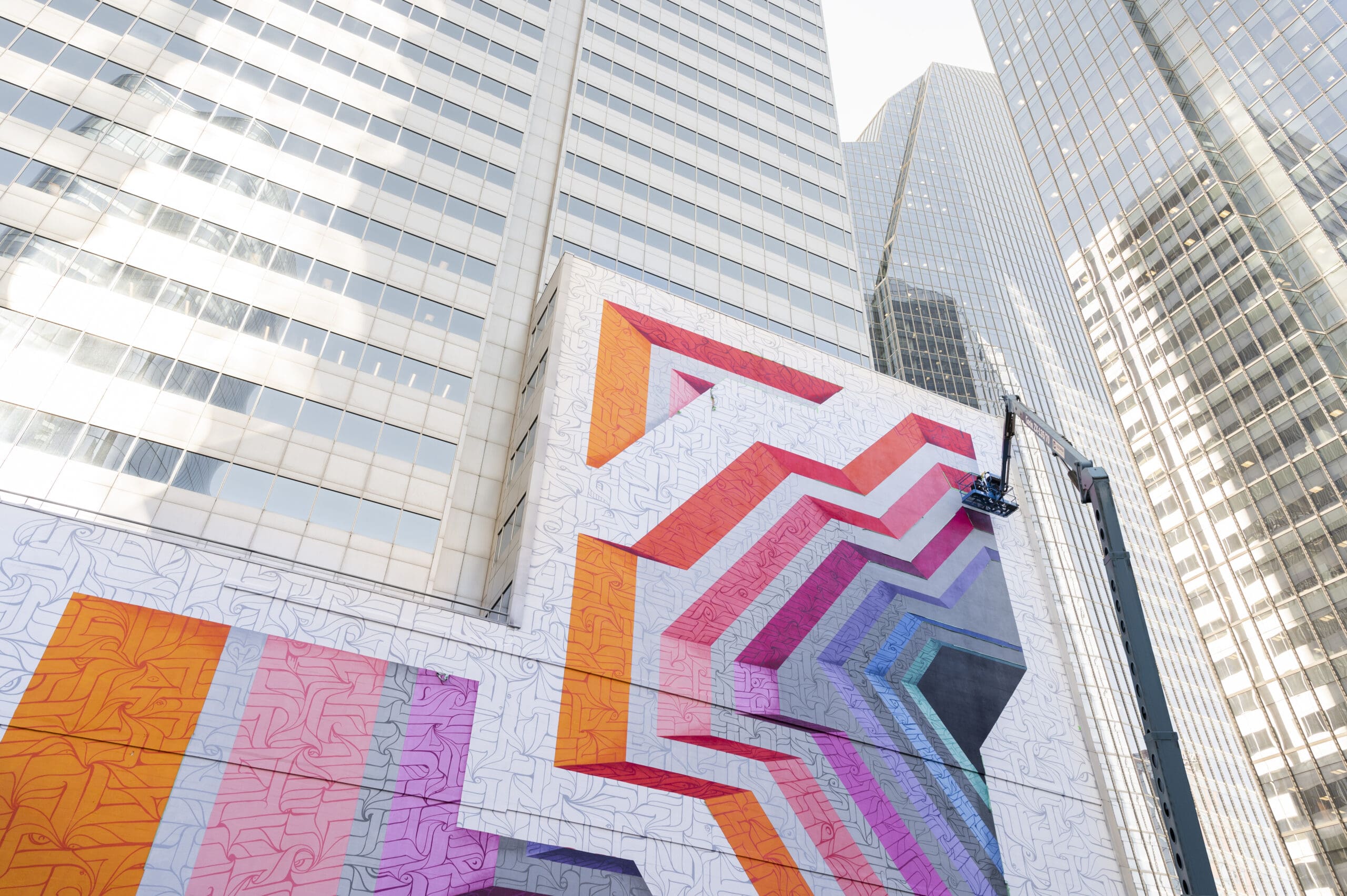 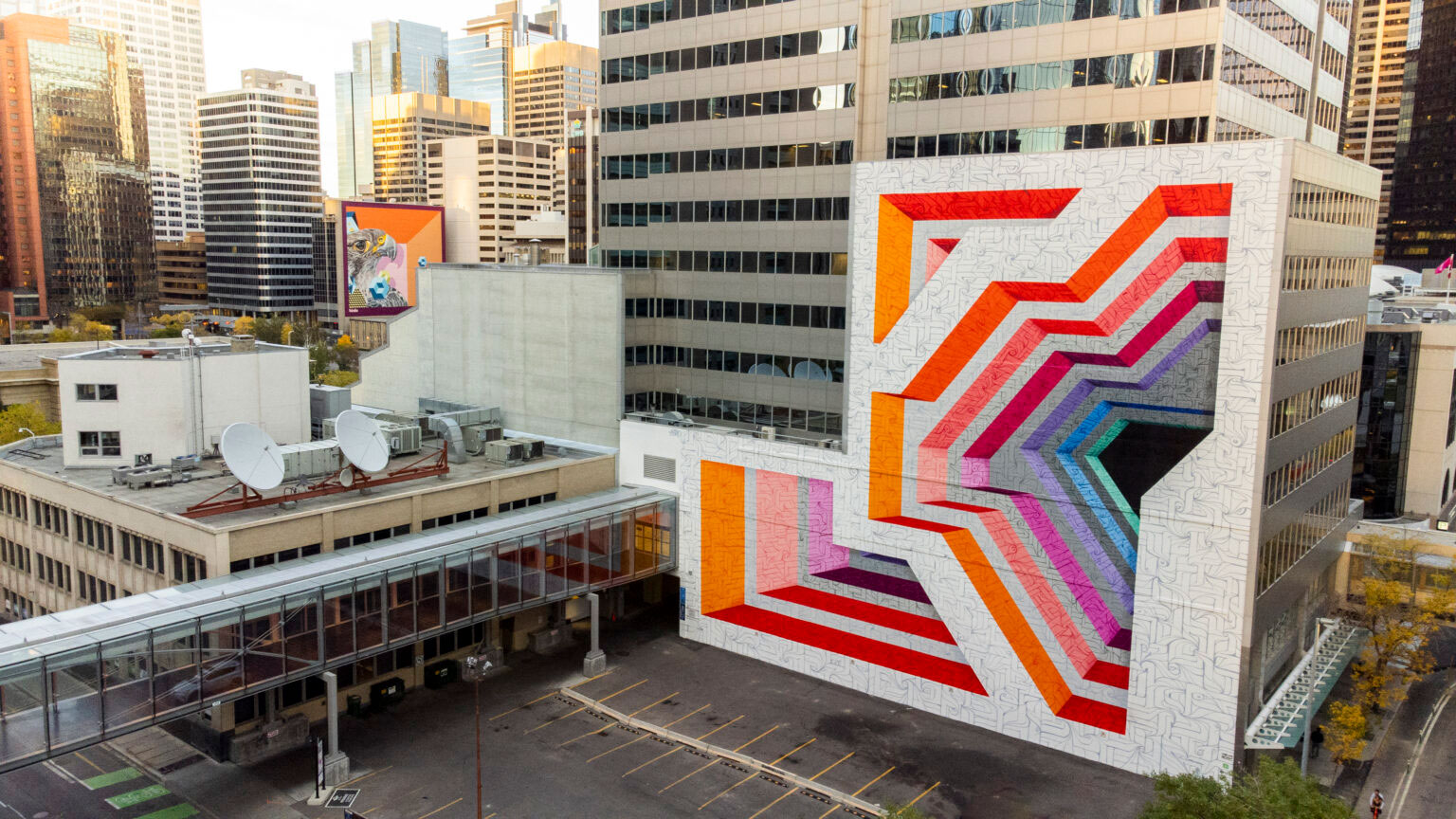 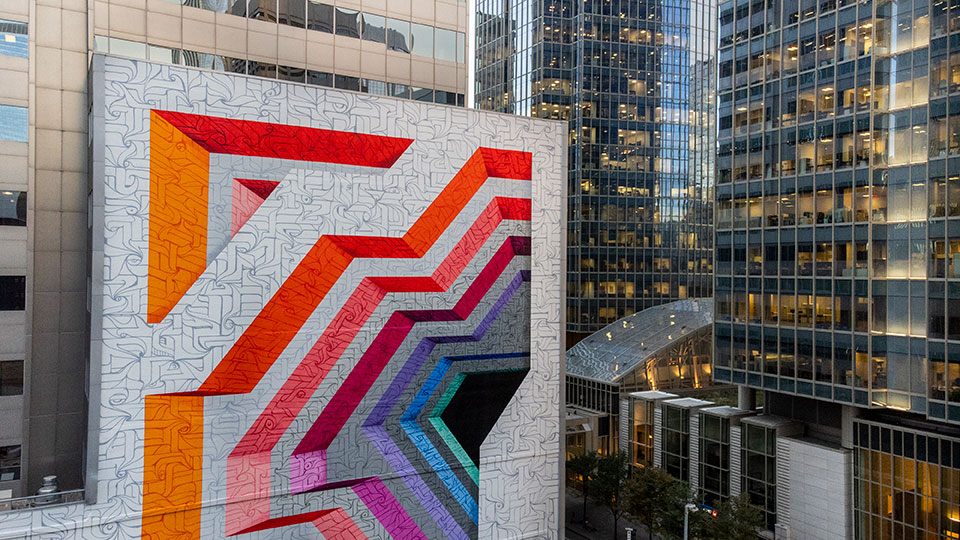