Tiffany Lynn Cuffley is a multidisciplinary artist residing in Mohkinstsis / Calgary, Alberta. With a background in Performance Arts, she studied at Mount Royal University and Company Of Rogues and is a former professional figure skater with Disney On Ice. Tiffany draws inspiration from exploring design, pattern, architecture and the geometry of movement. Her work has been included in exhibits in Calgary, British Columbia and Ontario and is currently focusing on mural work and scenic painting for film and theatre.

“The wall for this piece was a huge source of inspiration as it has a geometric edge which leads into a large rectangular space. I was inspired by the wall having such a unique shape that resembled the mountains, which was a jumping-off point for this mural. Having components of both nature and architecture playing with each other, much like the city itself, felt true to the space and what the wall called for. Deeply inspired by movement and pattern the colours, shapes, and edges are explorations of structure and flow, and how they can play together harmoniously.” 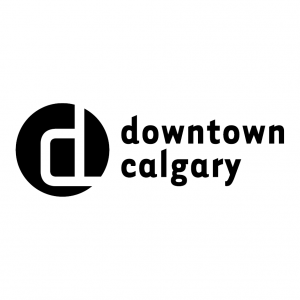