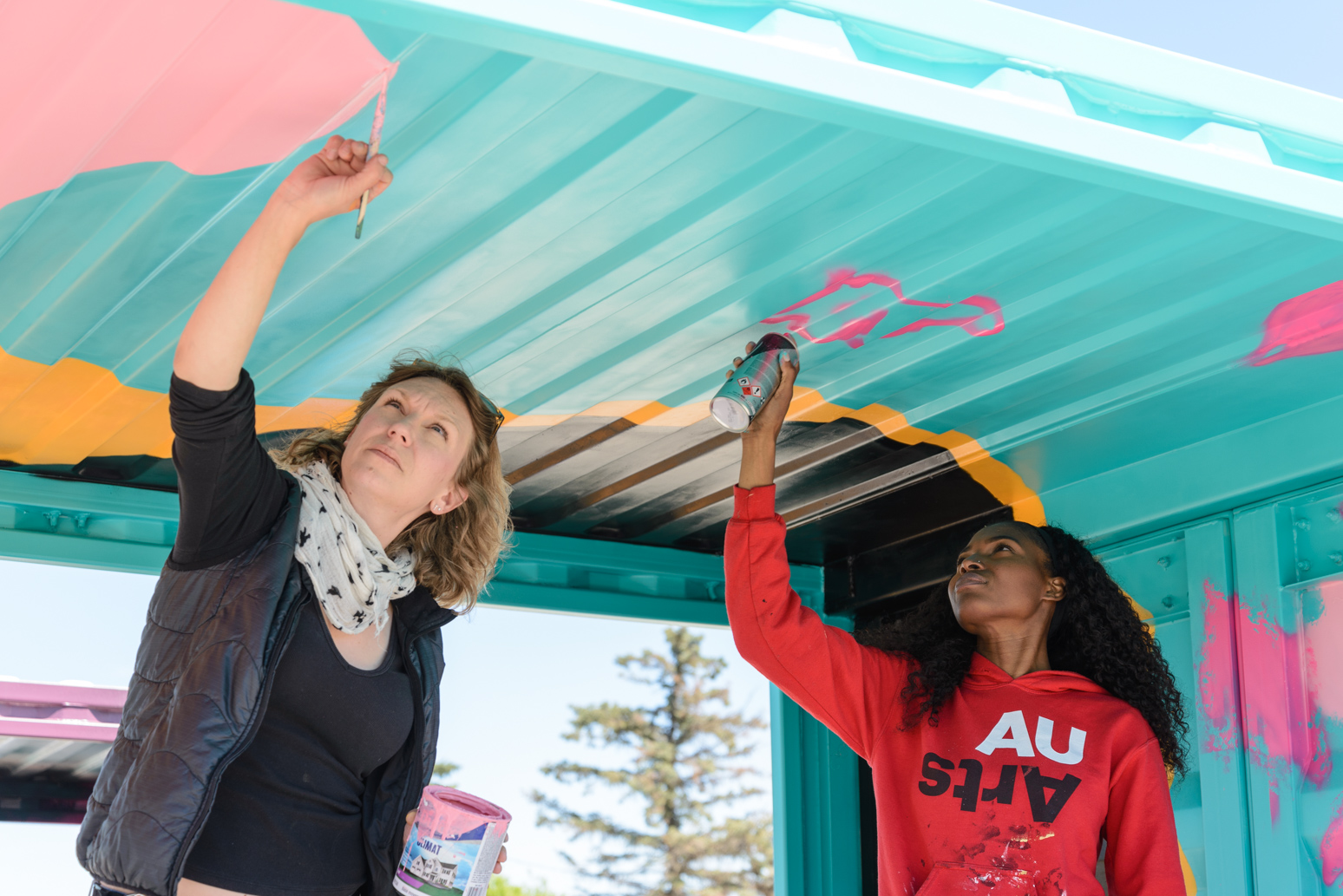 Syd The Artiste, also known as Sydonne Warren, and J. Broz (Jessica Broz) are both Contemporary Canadian Visual Artists specializing in large-scale expressive painting. Both women began their self-taught art journeys in 2013. Since then, Sydonne has developed into a  professional Artist, Instructor, and Designer, and J. Broz contributes to the city on multiple projects collaborating with artists and organizations. They are both raised in Calgary on Treaty Seven land and are studying artists at Alberta University of the Arts.

Broz is an intermediate artist with over 15 years of paint knowledge from commercial, retail and renovation professions. Her style is fluid as she explores different subjects and has a diverse portfolio, including illustrative, representational, and geometric abstraction, with partiality to texture, movement, and contrast of chaos and order. Frank Stella, Bridget Riley, Richard Hamilton, and local artists Elena Bushan, Alex Kwong, Toner and ITSXYZ, influence her work.

Their combined experience includes ten murals in Calgary, with Sydonne having independent authorship of multiple murals in Calgary and community-driven projects. J.Broz has mainly worked as an assistant with Toner and received her first mural installation in 2021 with Chinook Blast.

Mural Statement: Flowers in the Wind

This piece is dedicated to the women that are spreading positivity, equality, and diversity. We honor nurturers of the past who worked hard to shape the future, and we celebrate those who are nurturing the future in a time of a global crisis.

In front of the Plaza Theatre 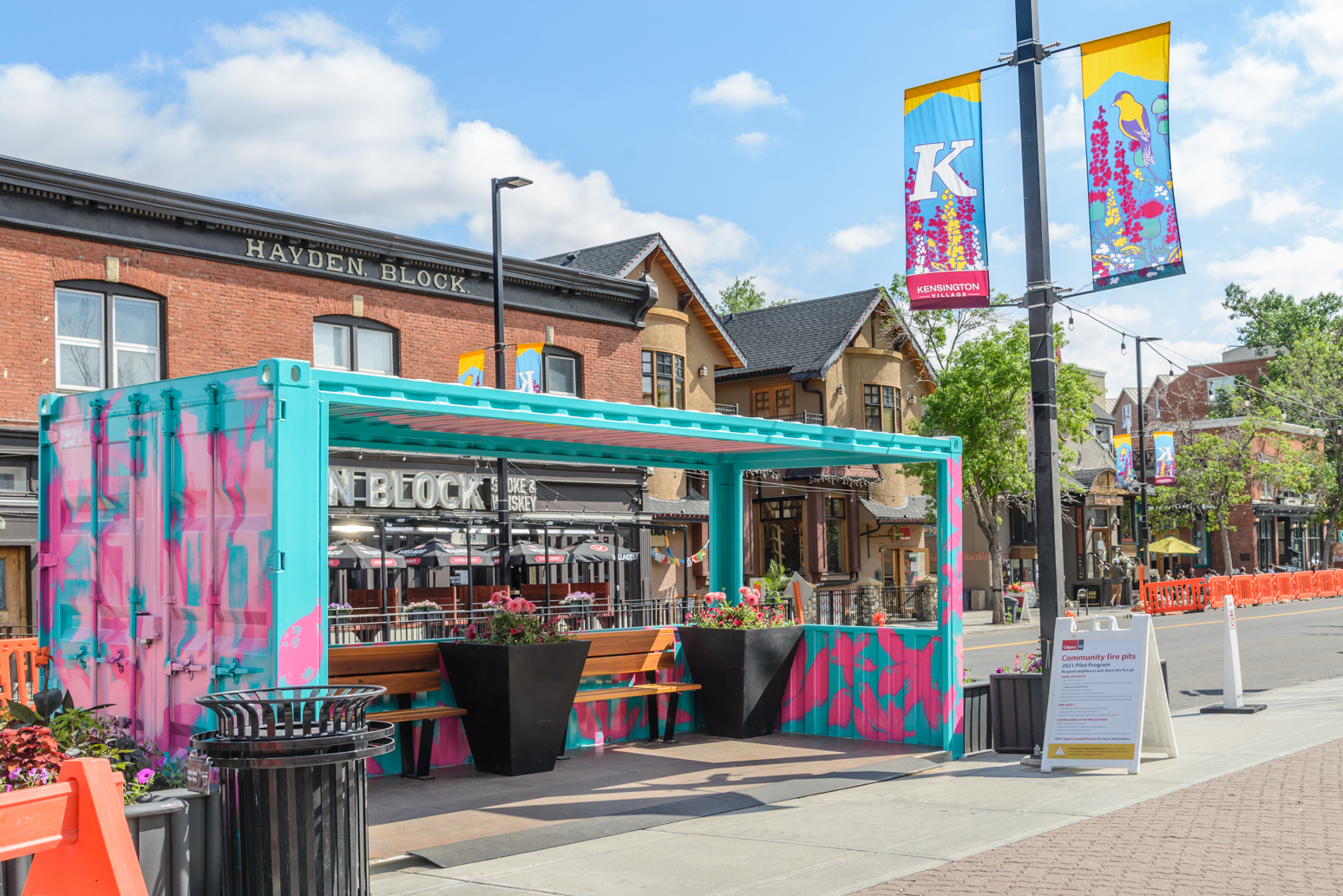 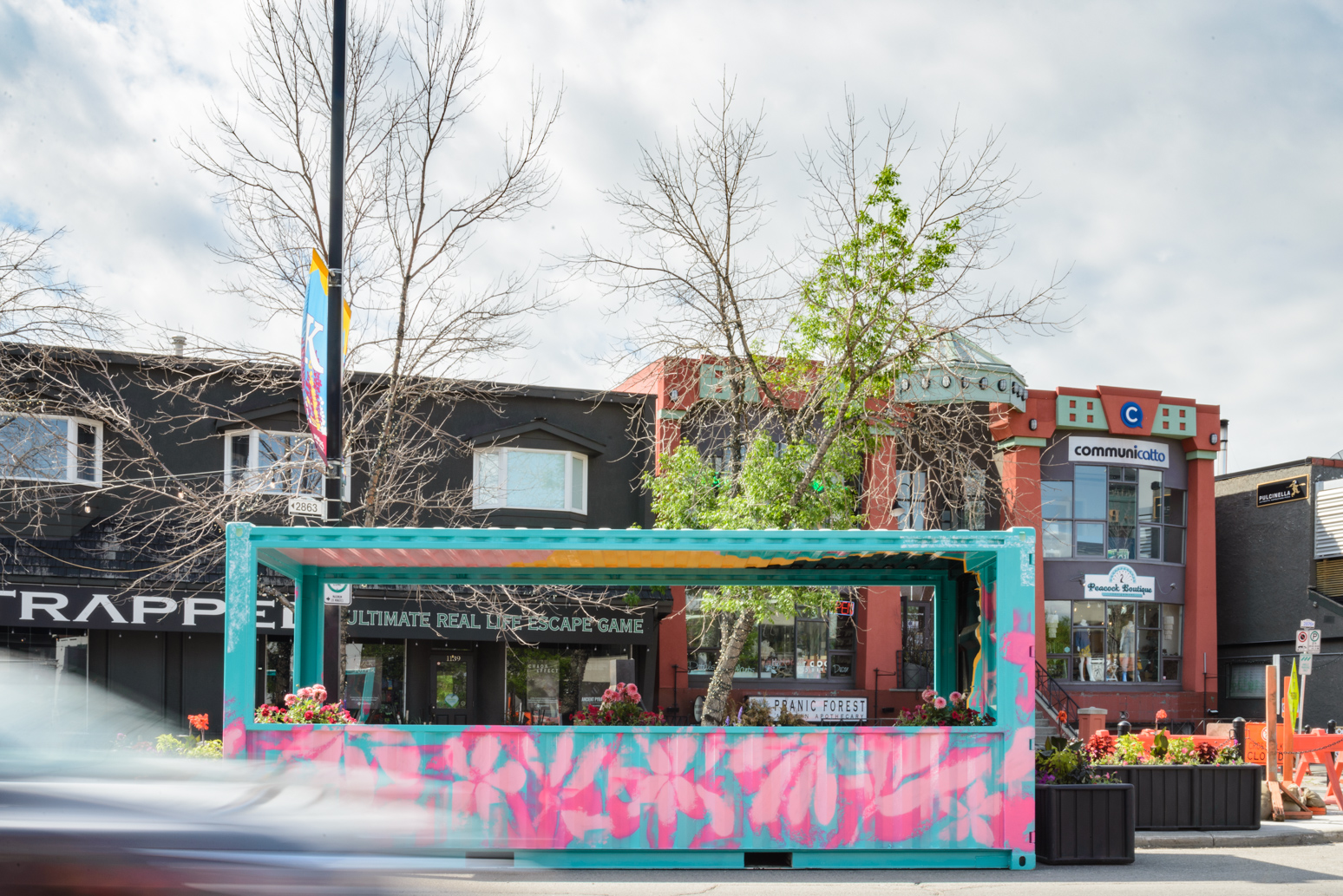 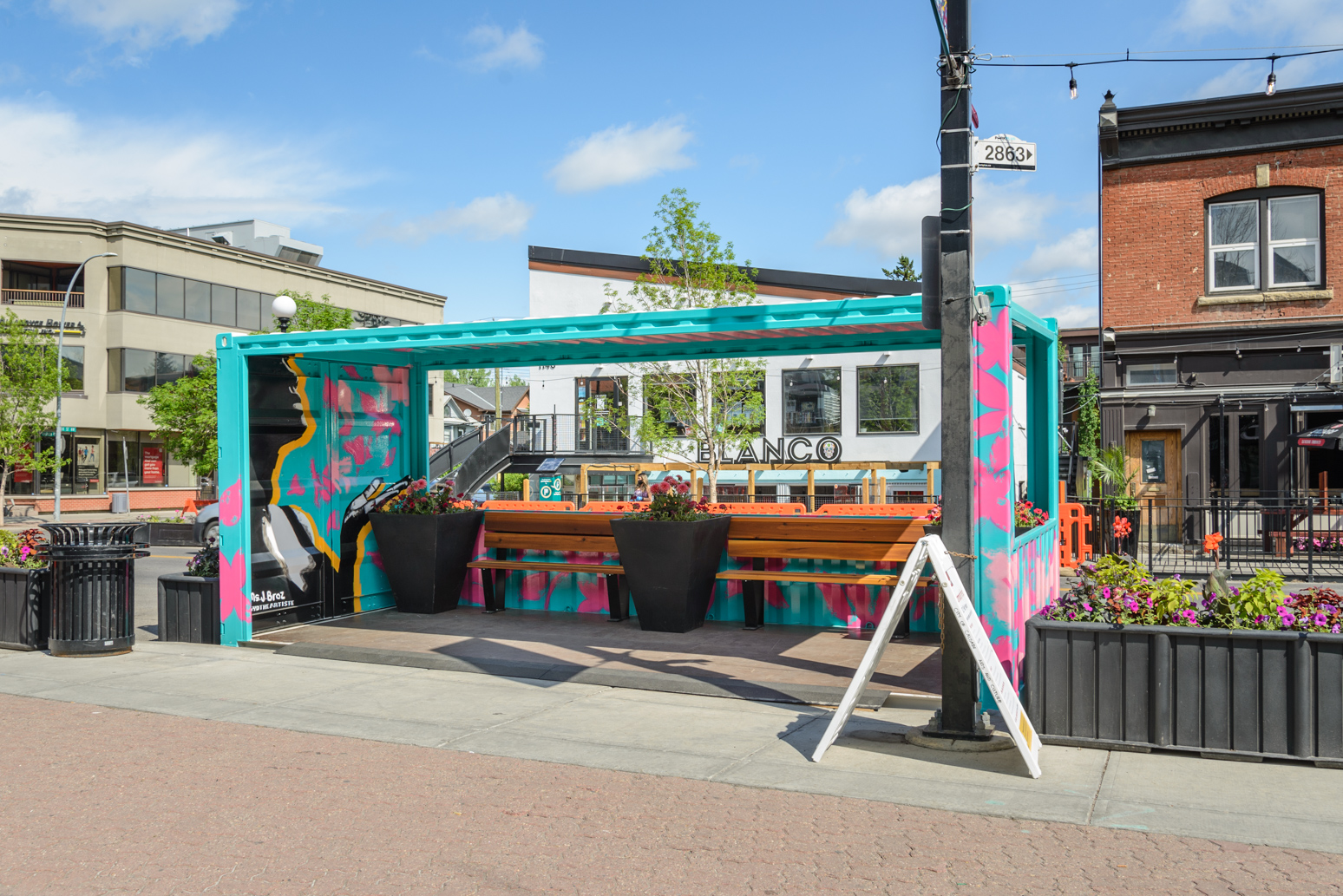 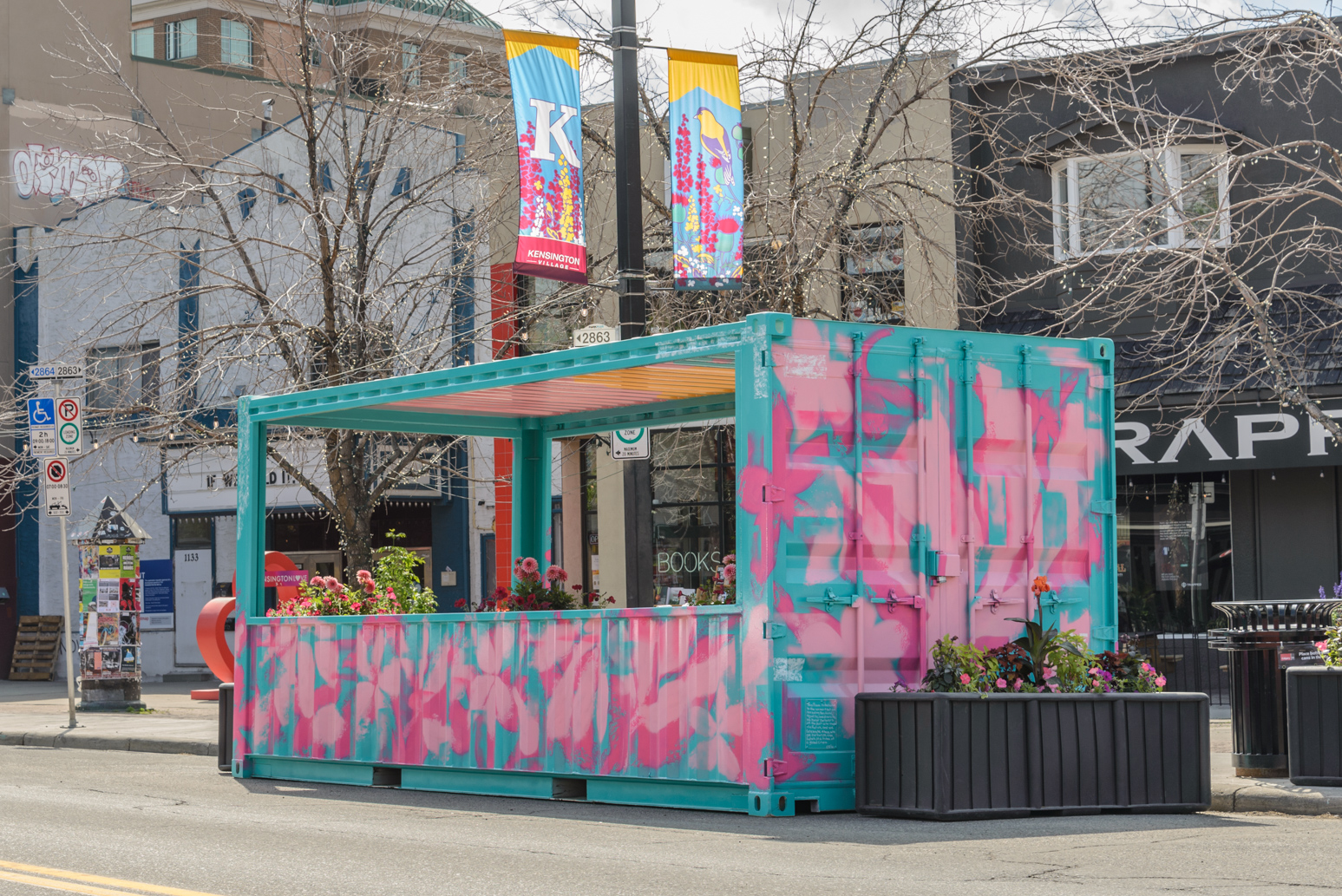