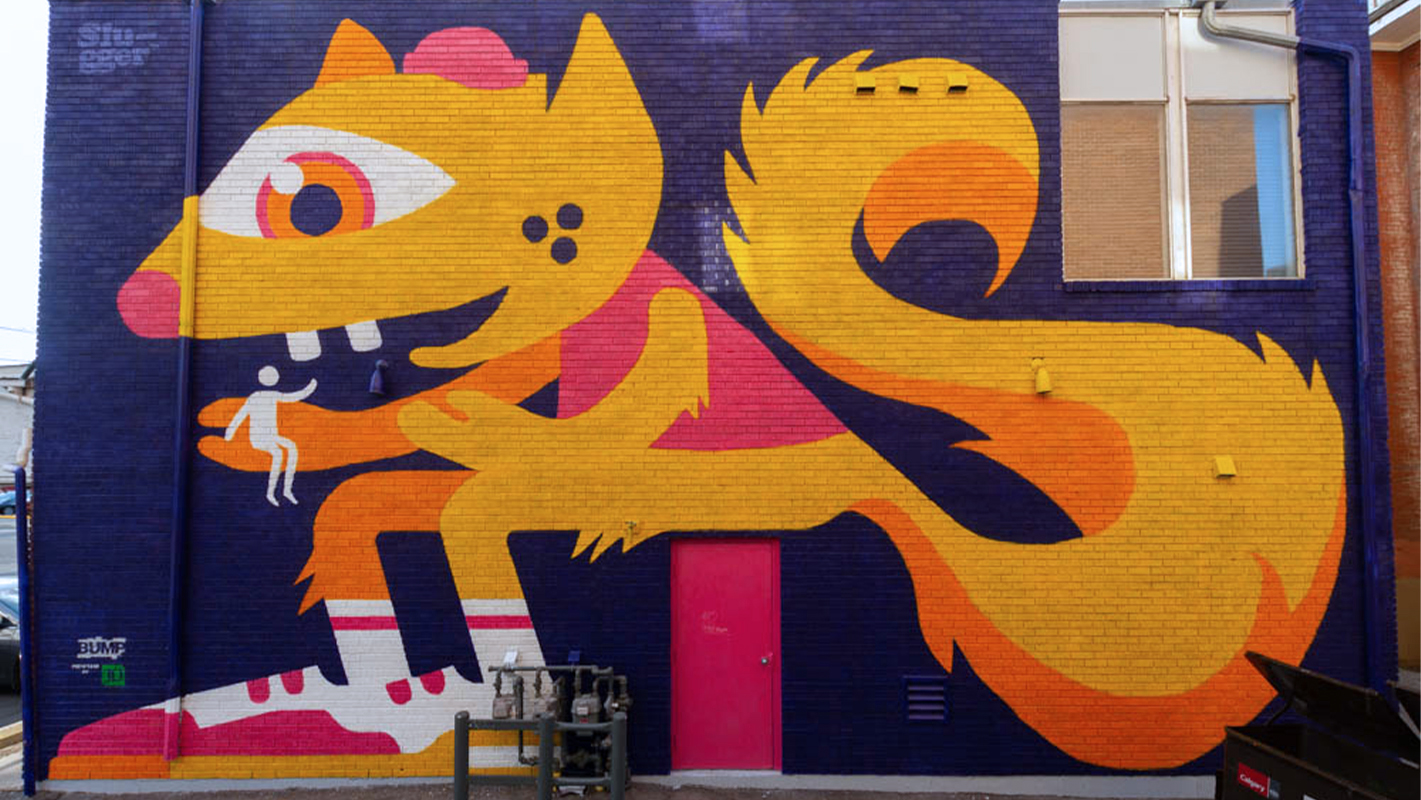 Slugger Studio is the combined efforts of Chris Pecora and Cam Hoff — a graphic design and illustration studio based in Calgary, focused on making impactful work with a focus on fun. Slugger was conceived with the goal of doing more of the collaborative projects that they love to do: Illustrations, logos, posters, murals, book/album artwork, merch graphics, and on and on.

“If it’s fun, we’re in.” In additon to the Beltline, you may recognize some of their other murals around Calgary including locations in Killarney, Bankview and Market Mall.

You can hear more about Slugger Studio and their artwork in the Artist Panel as well as in the interview below.

Tucked away in a hidden alley, our mural is about discovery, and the thrill that comes with finding a monstrous colorful squirrel in an unexpected place. It’s intended to transform a previously unkempt alley into a space where people can just smile at the sheer fun of it. The relationship between the person and the squirrel is open to interpretation, and viewers offered different narratives even as we painted it. We hope this beast puts grins on faces of Beltline explorers for years to come, whenever they stumble upon it. 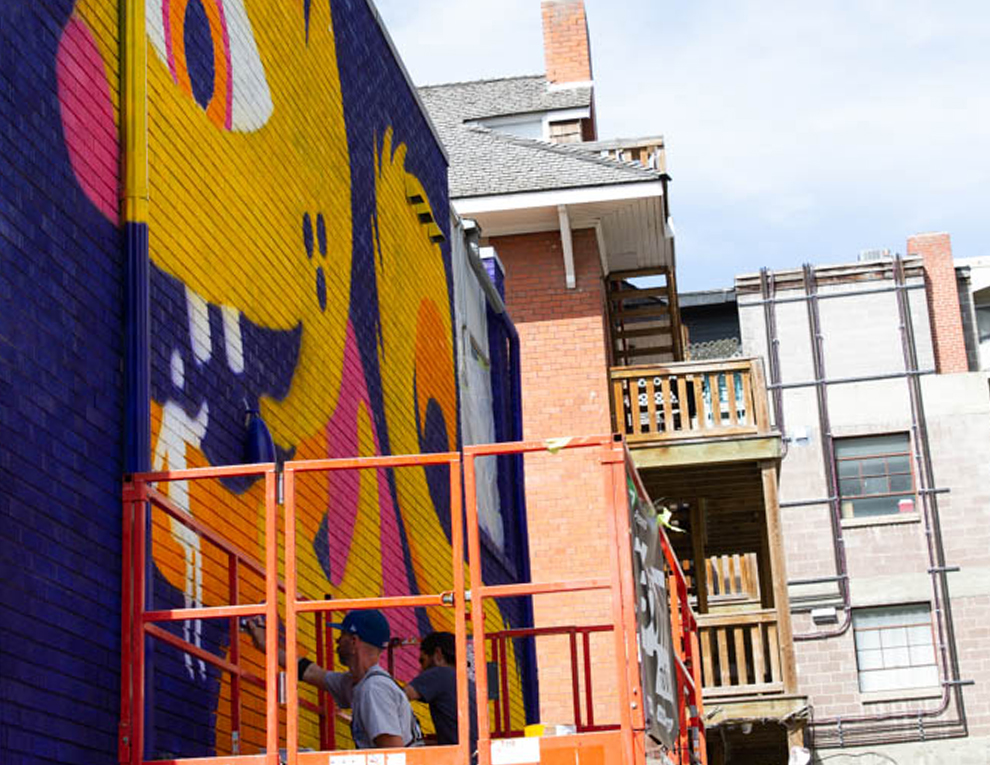 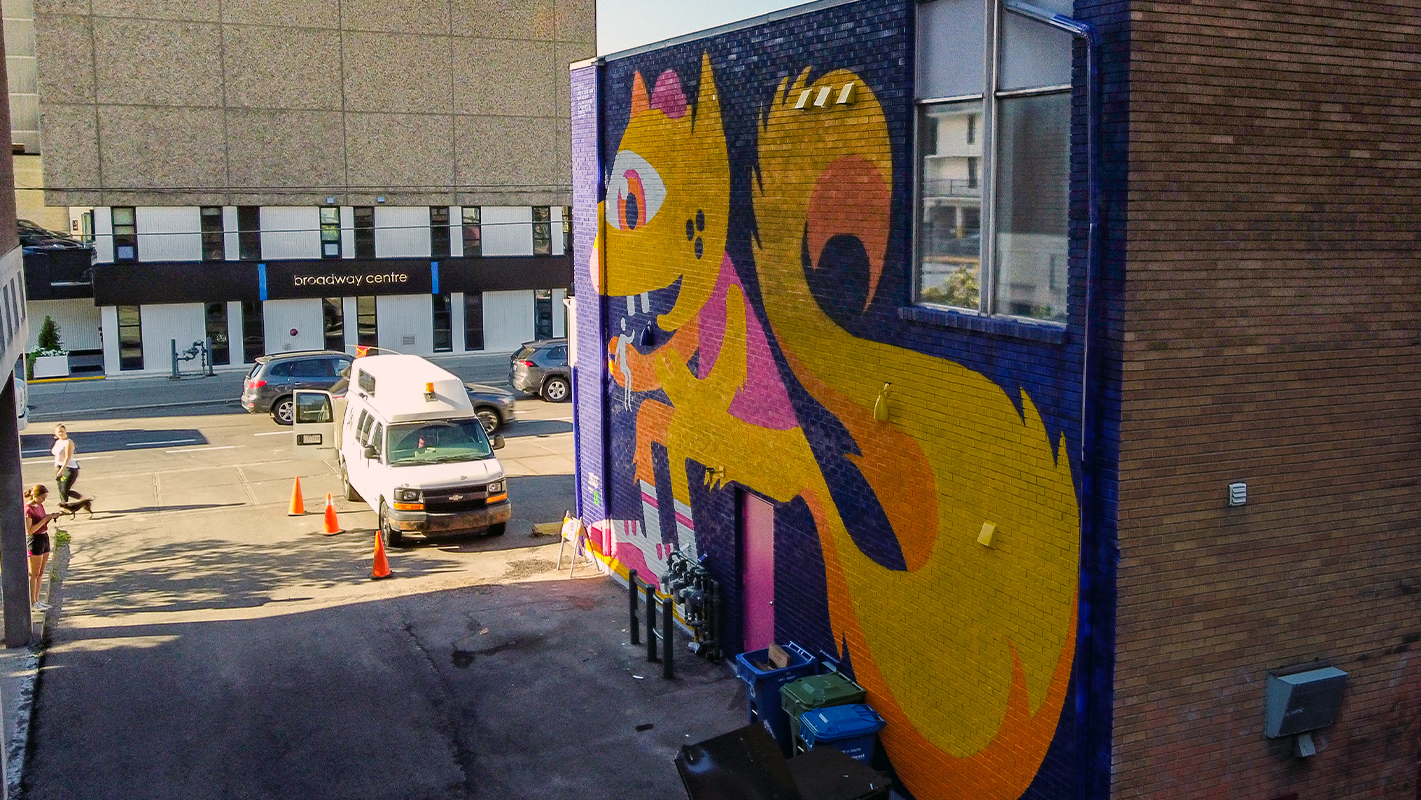 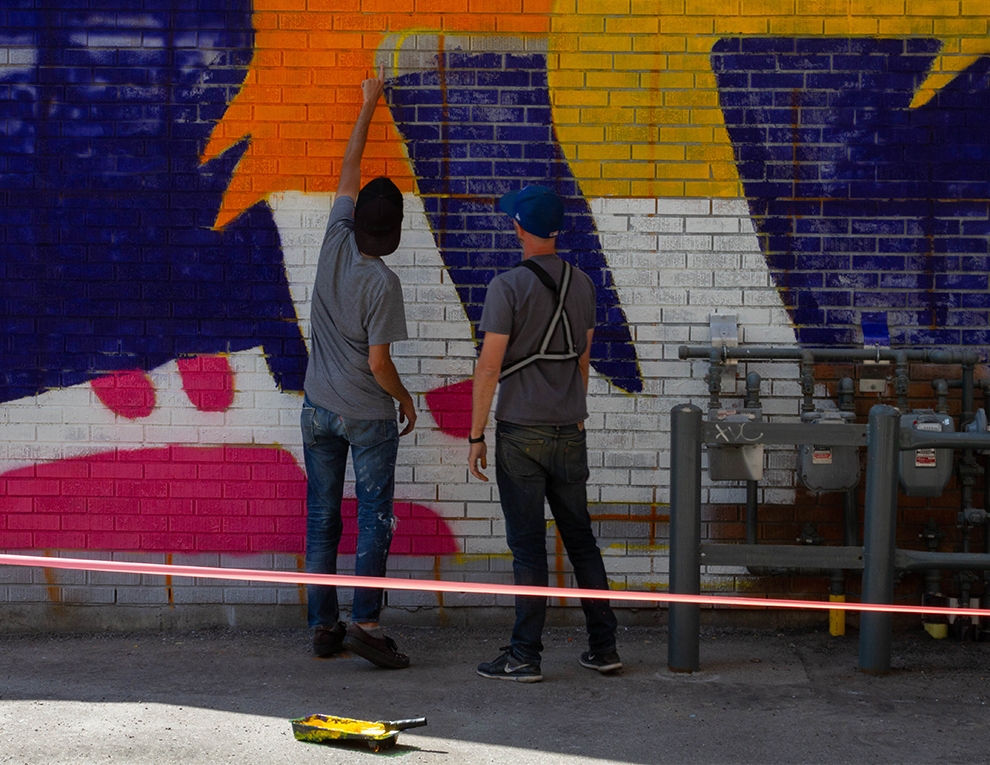