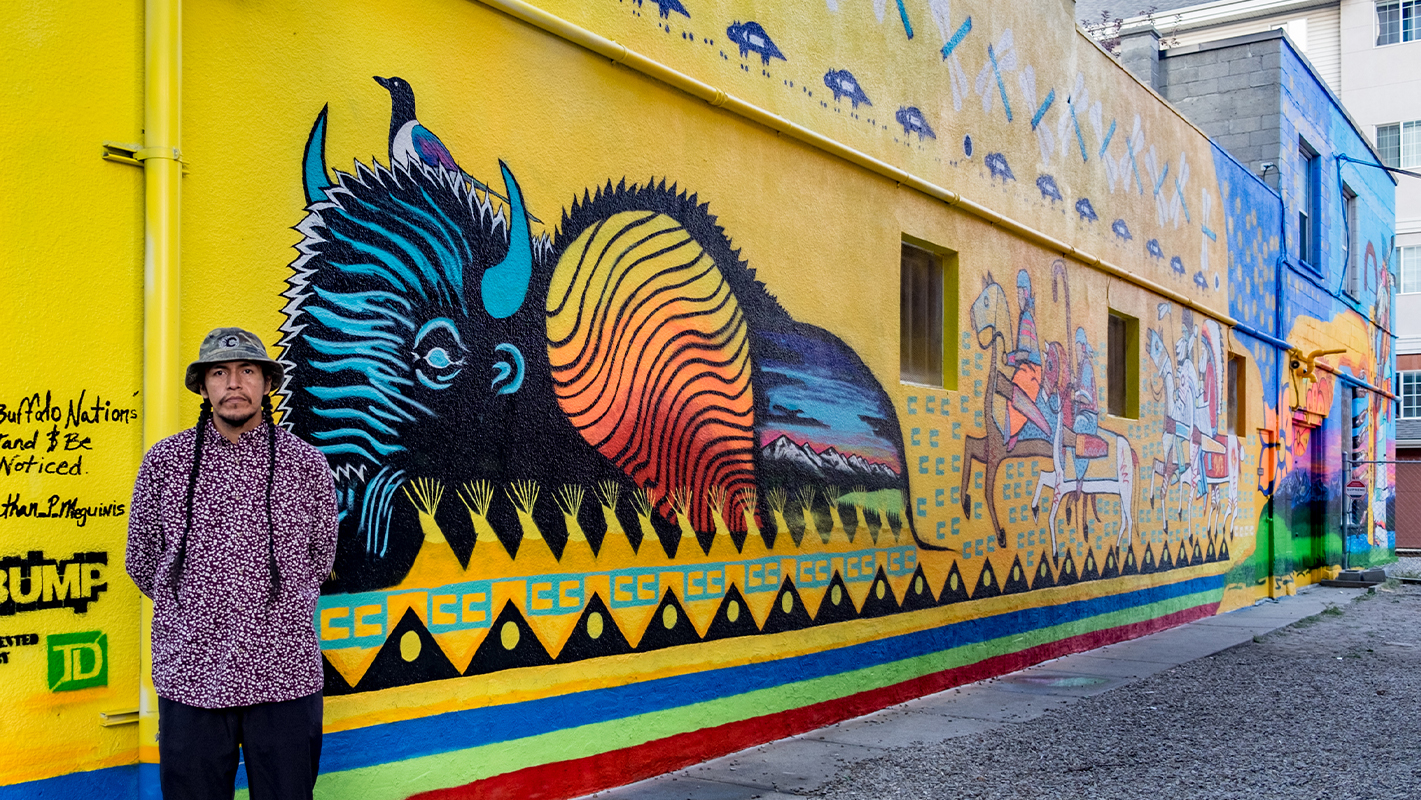 Hear more about Meguinis and his artwork in the Artist Panel as well as in the interview below.

The Buffalo with the Camp and simple landscape represents all the Buffalo Nations that hunted and lived off the Buffalo. The dragonflies represents the month of August and also I wanted to tie the Beltline mural project with it…. during August and late July the dragonflies are in full effect and is good to help time the changes in the seasons. Under them are traditional otter designs which are common design in Treaty7 territory. The riders are youth and elder riding together representing parenting, mentoring, and the balance.

The women riding in front are holding Eagle staff which represents our traditional matriarch system.

The horses are elongated to show that they are fast and powerful.

The Lighting bolt painted on the horses represents speed.

I used a very old style similar to the Chauvet Cave hand paintings but a contemporary spray can alley wall twist. “The Calgary alley hand art” on the horses represent Tsuutina yellowhand . The yellow hands are trained from young age to be helpers at ceremonies and to provide their services in helping and protecting. It never too late to be come a yellowhand.

The black triangle with yellow cycle represents Mountains and the cycle are falling stars. Common Teepee design. The turquoise horse hoofs represents a great distance of travelling and also the linguistic Dene or “Athabaskan” dialect connection which range from the N.W.T, down the Rockies and then further down south with Navajo, Apache and even one tribe in Russia call the Kat people.

The flowers are Dene flower design to represent growth. Grassdancer are the ones we send out to bless the grounds, to help find new camp area or recon.

“Stand and be noticed”

long ago to travel through other Nations territory they would ask for permission by making Themselves noticed by standing on high spot and waiting to be escorted in or permission to pass was given.

The Grassdancer is standing to be noticed and holds a Eagle staff (Nation flag) that belongs Tsuutina Nation. I am the carrier the eagle staff. The other hand he holds a red pipe which is a women’s pipe…. The smoke from the pipe is the connection between old and new merged together to make the overall concept for “Buffalo Nations stand and be Noticed”. 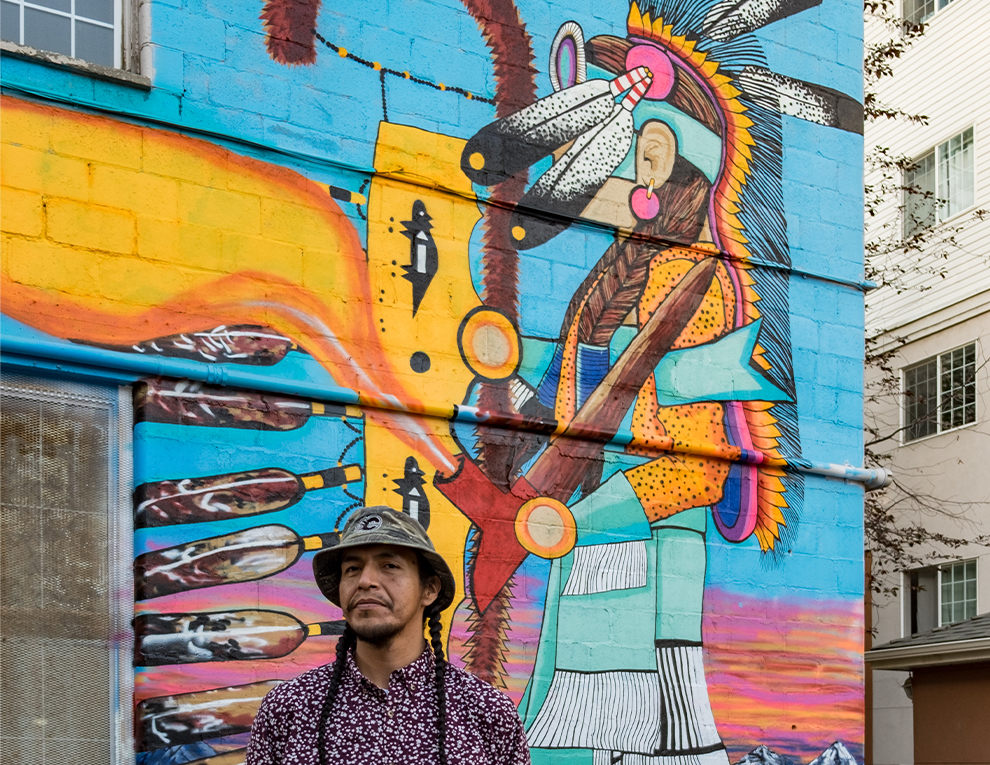 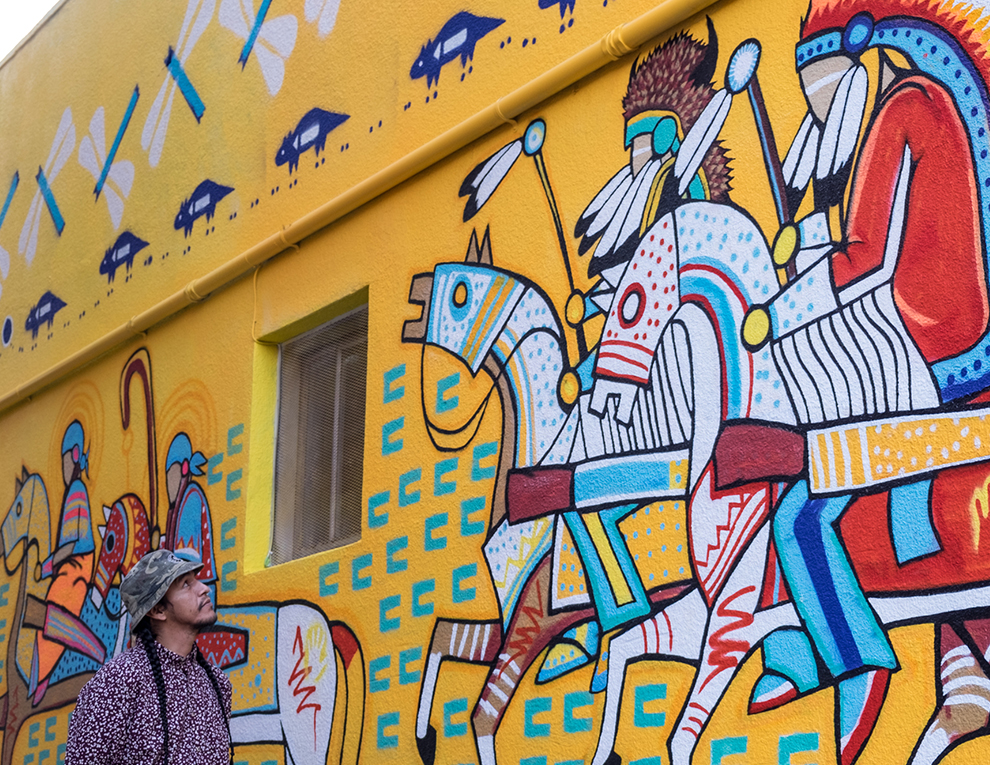 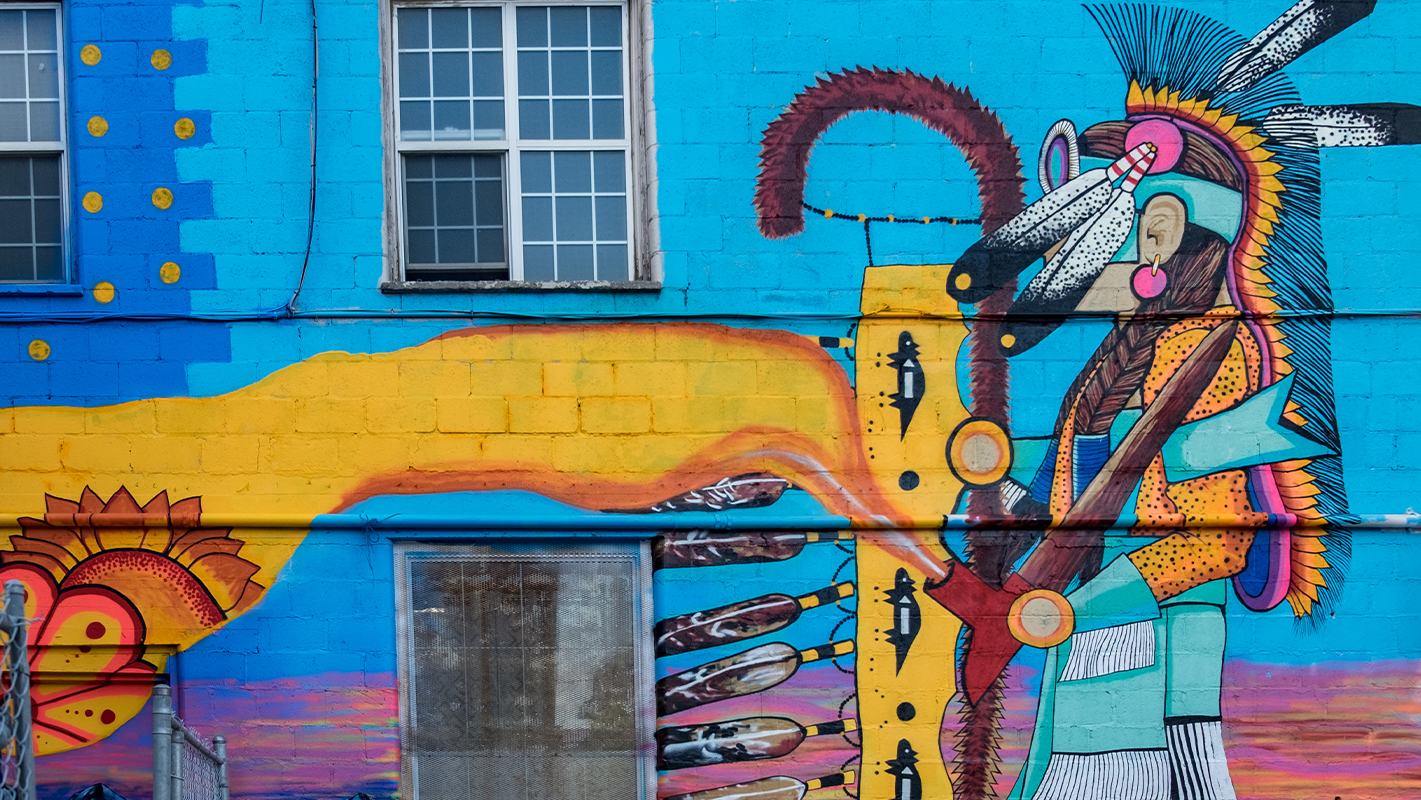 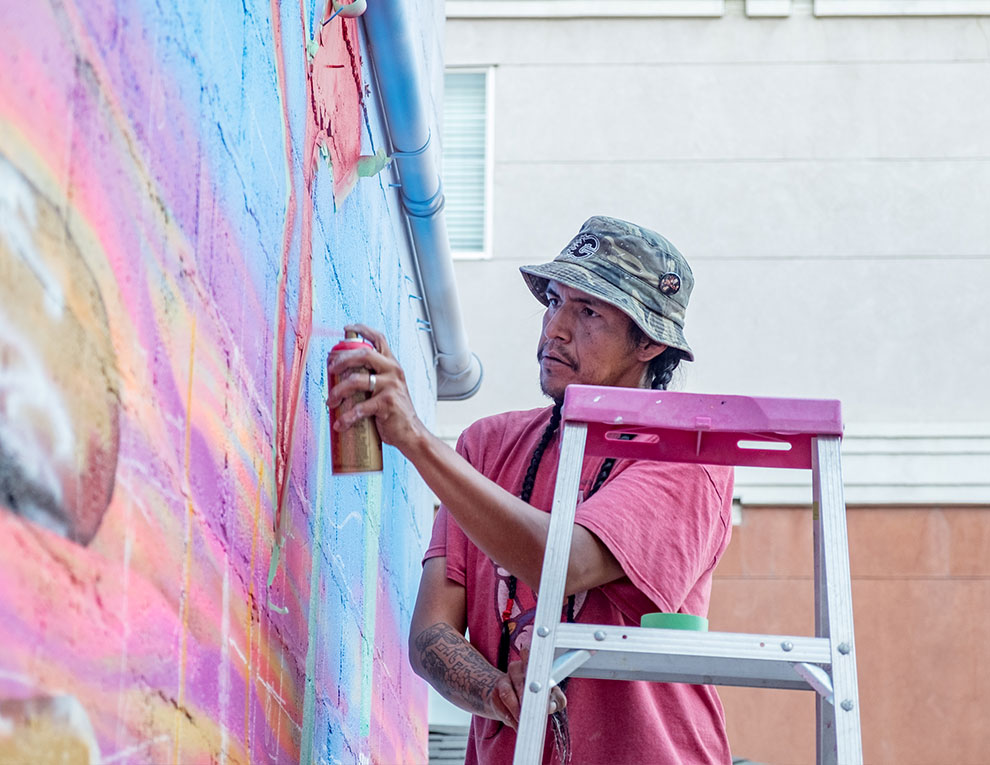 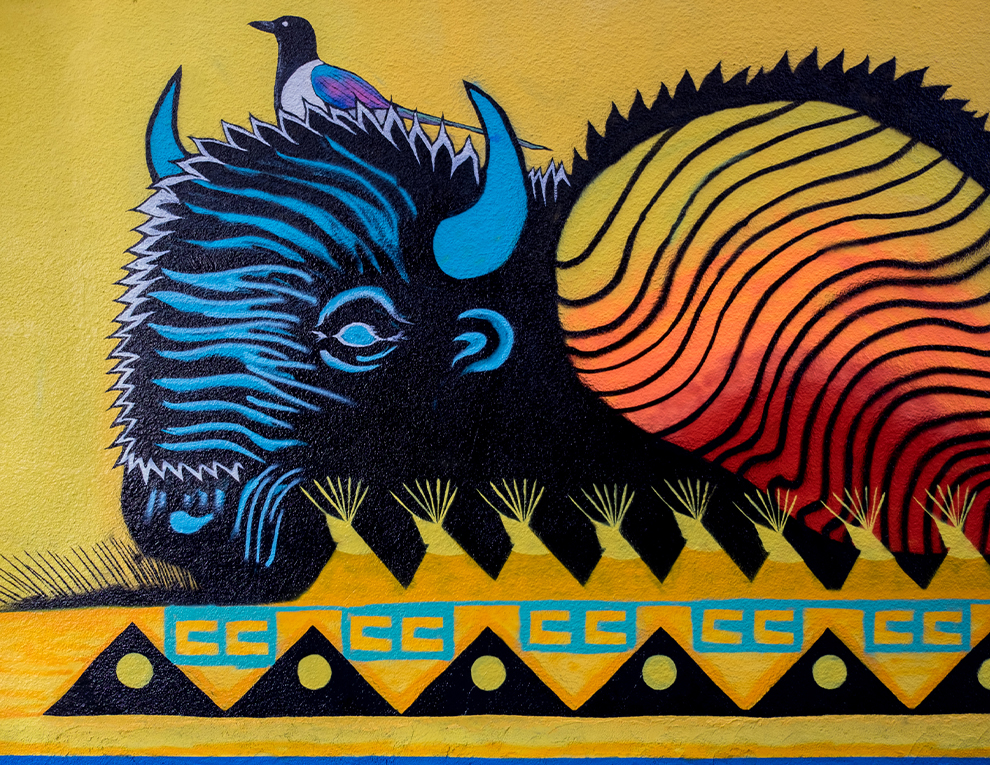