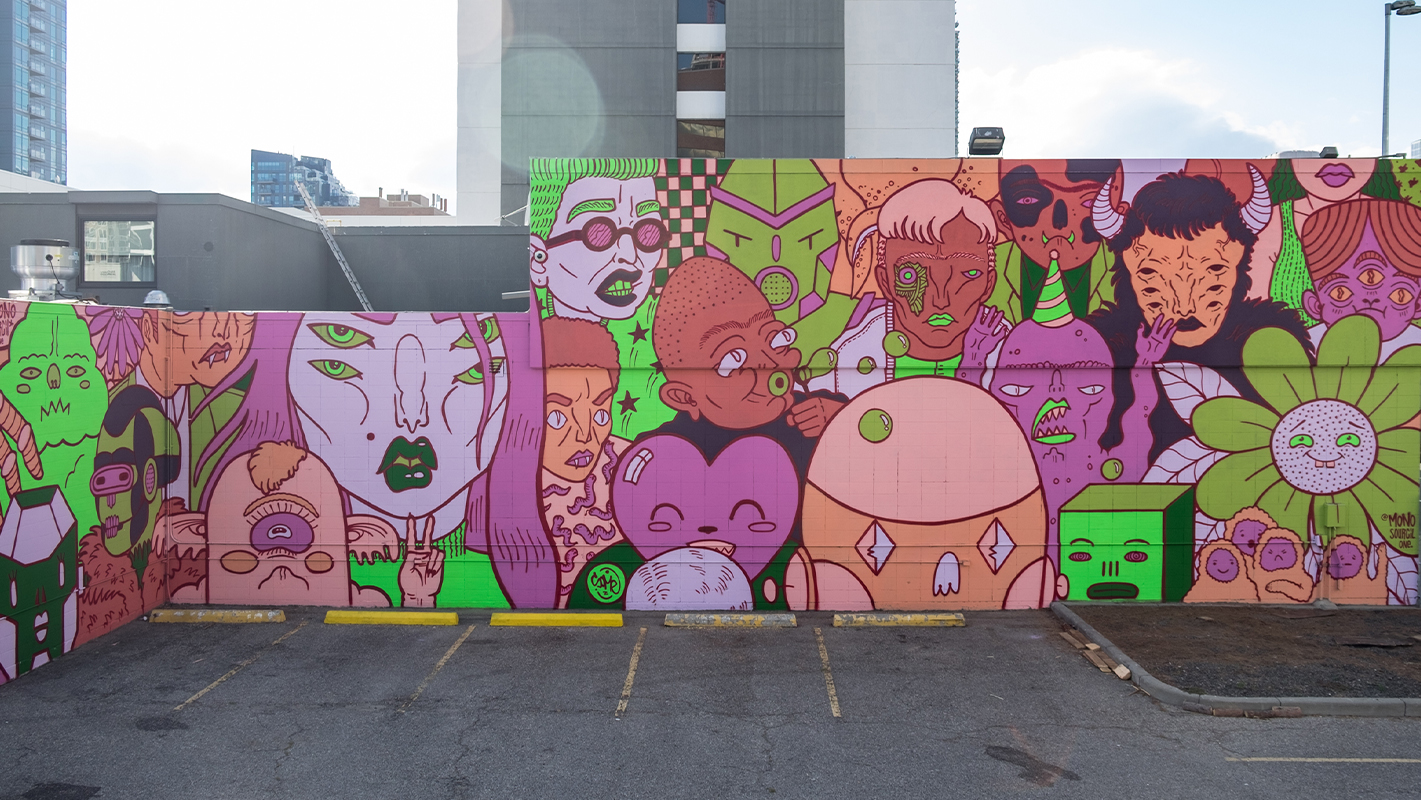 Maxilie Martel, aka Mono Sourcil, is a young multidisciplinary mural artist born in Montreal in 1989. She is continuing her studies in visual and media arts at UQAM in order to refine her techniques, her reflections and her approach. Towards the end of her studies in 2012, Maxilie began to take an interest in the world of street art and graffiti, which she found more free and intuitive. She devoted herself to it full time for 4 years, before undertaking in 2016, at Concordia University, a master’s degree in sculpture which she is currently pursuing.

Since then, Maxilie has exhibited her murals in several renowned festivals and events in Montreal, such as Mural, Osheaga, Under Pressure, Chromatic, les Francofolies, RU and as well as at the Basel House Mural festival in Miami and at the Fresh West Official at Kelowna. She has also collaborated on numerous occasions with the City of Montreal for the creation of large murals and has displayed her works in various group exhibitions, in particular at the Station 16 gallery, the Darling foundry and the Musé Roméo Gin. Today, Maxilie defines herself as a mural artist practicing street art, painting, drawings, sculpture, installation and performance art.

Hear more about Mono Sourcil and her artwork in the Artist Panel as well as in the interview below.

Mural Statemet: All Together

“All together” mural depicts a gathering of funny monsters and robots. The heteroclit crowd tend to celebrate acceptance and the richness of difference and multiculturalism in a fantastic and playful way.” 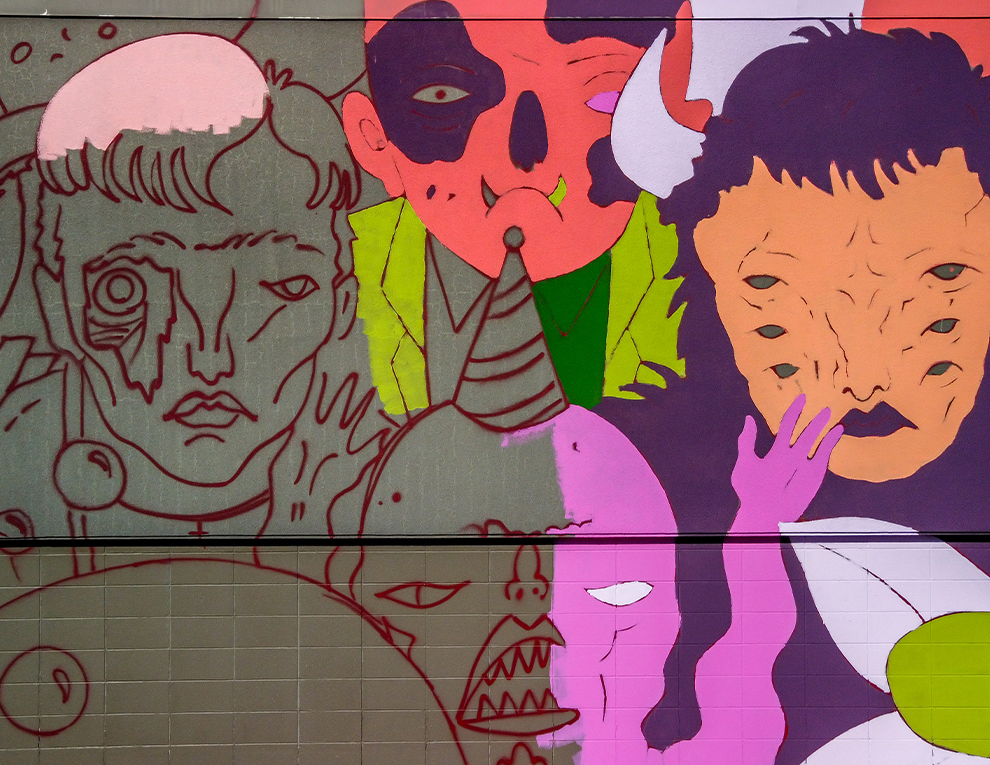 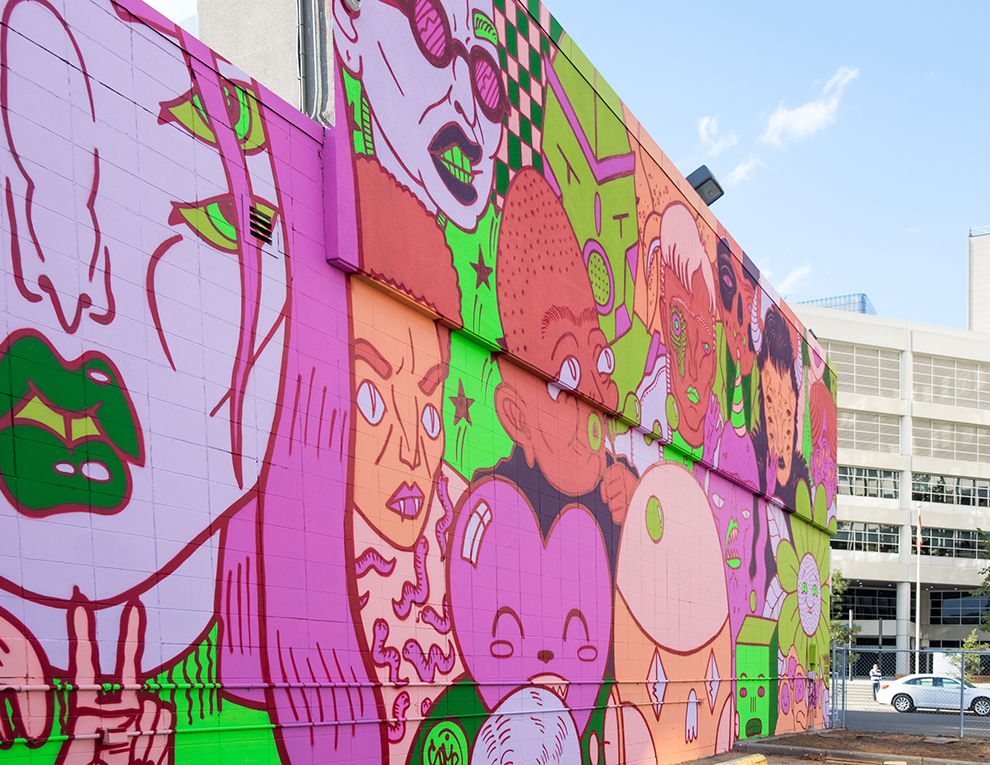 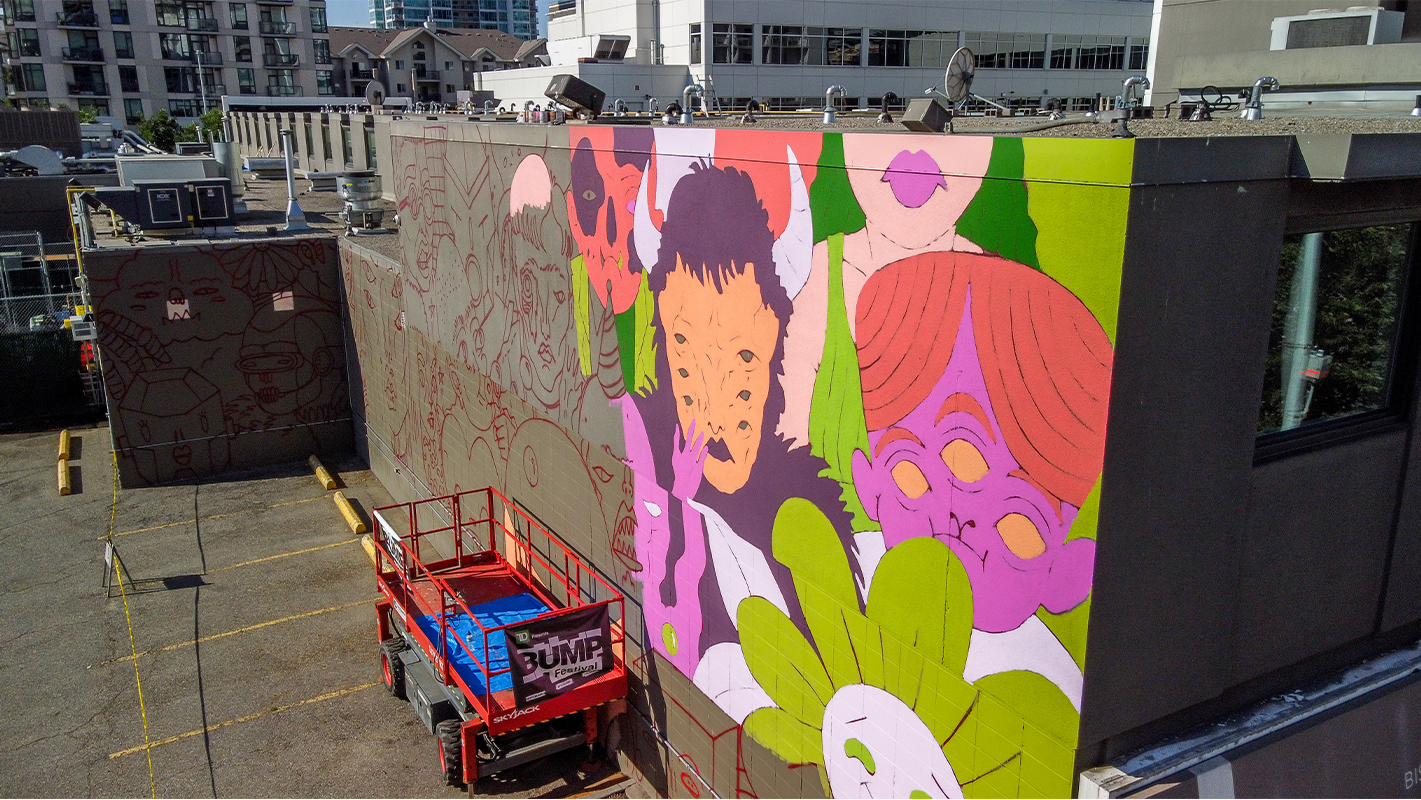 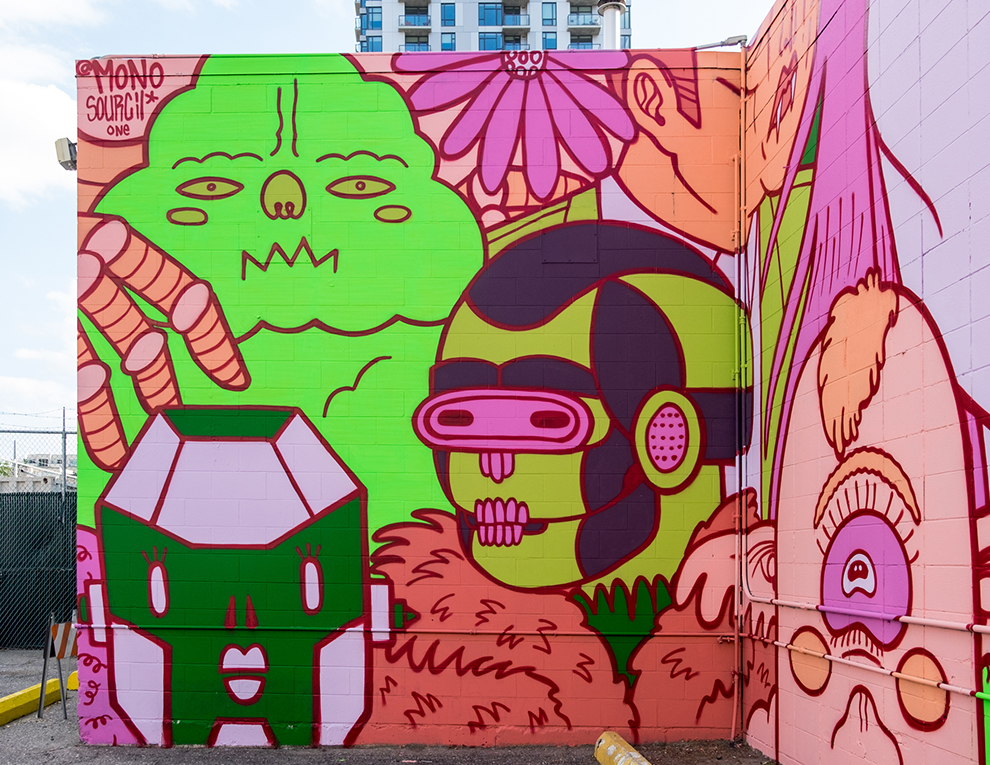 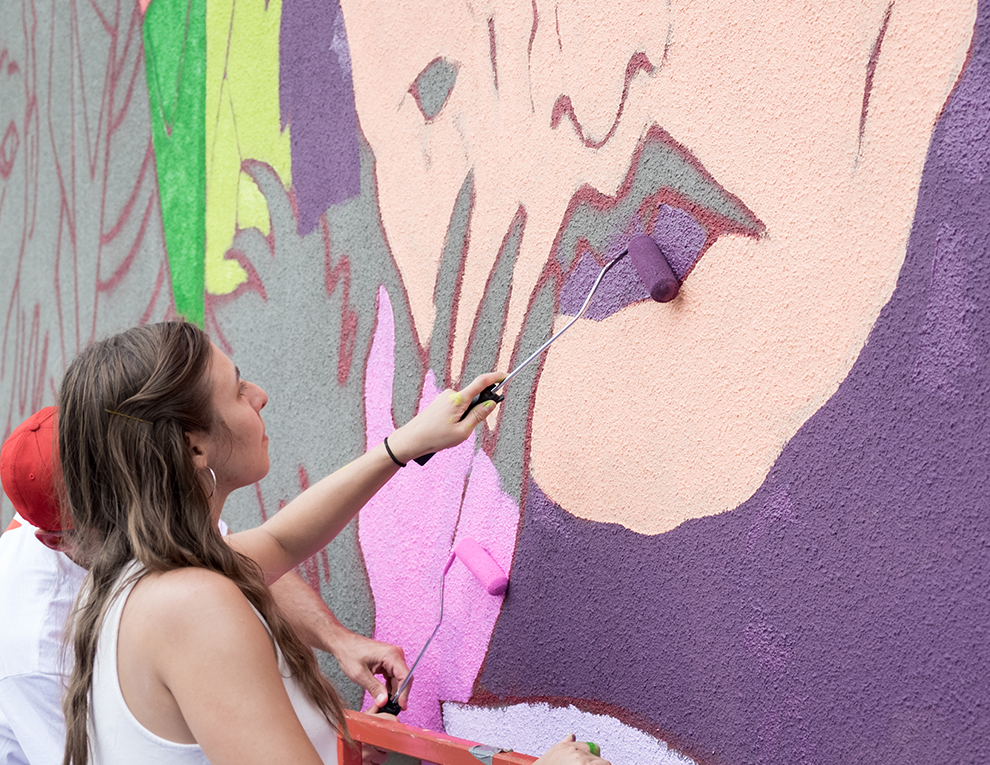