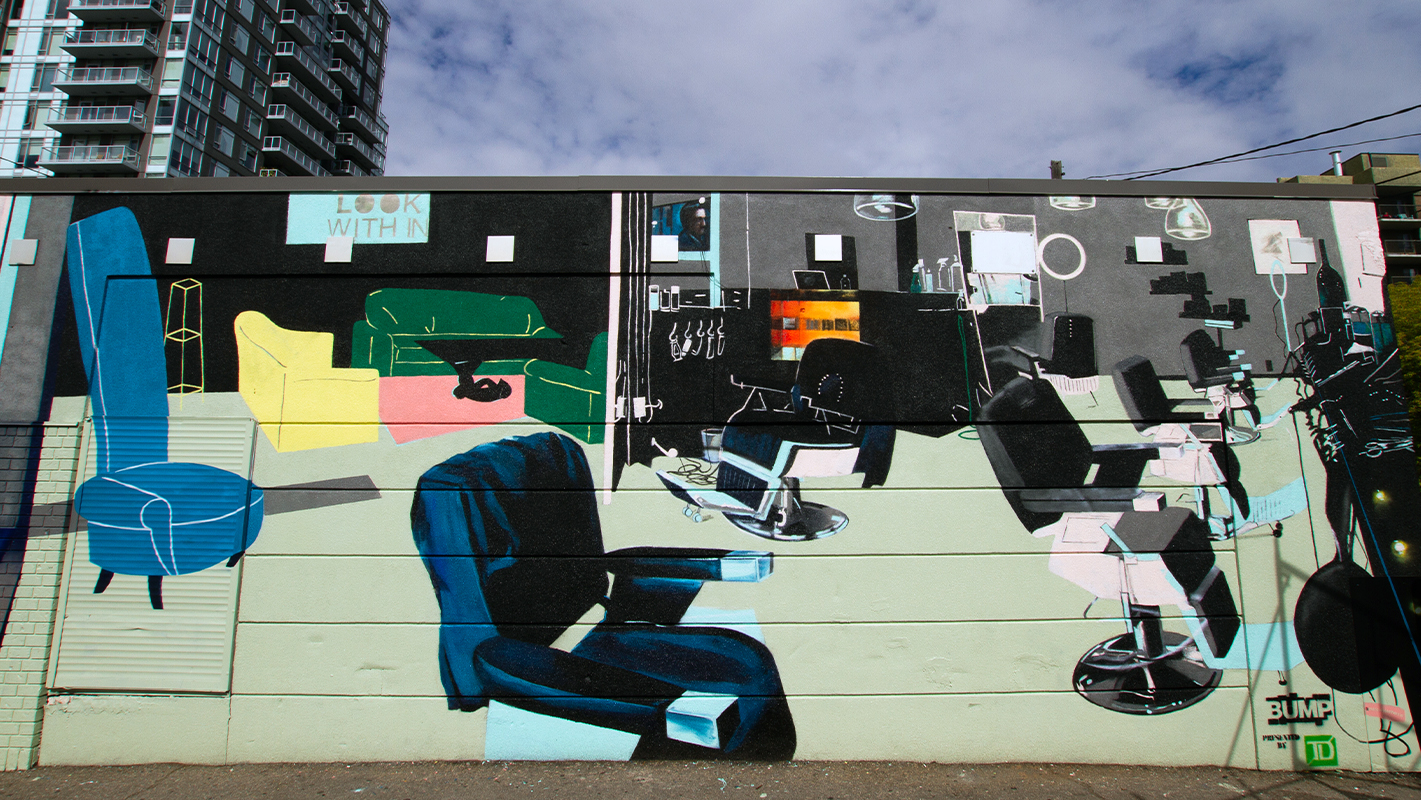 You can hear more about Harris and her artwork in the Artist Panel as well as in the interview below.

My BUMP mural was inspired by the business behind the wall. When I discovered the wall I was to paint I immediately went in to meet the business owner and took a few photos.

Later on I realized I needed to go back and take more inside shots as my ideas for the concept were beginning to develop. This was my first time doing a mural and I wanted to be excited about the design but also be confident that it could be executed properly with the timeframe and structure of the wall. As a painter i had just finished a series titled: Affected City Series which consisted of various exteriors and notorious landmarks in Calgary including Peters Drive In and Calgary Central Library. I thought that an interesting concept would be to do the reverse of that on an outside wall of an exterior. My final decision for the design was depict the inside of the Barber Culture Shop on their outside wall. The title Look Within is literal in the sense of seeing something exposed from inside out. However also metaphorically as a statement to discover truths internally. The title works on many levels in terms of how the viewer would choose to interpret it. My final plan is to now do a painting of this building with the mural on it to add to my series of Calgary exteriors and affected businesses. 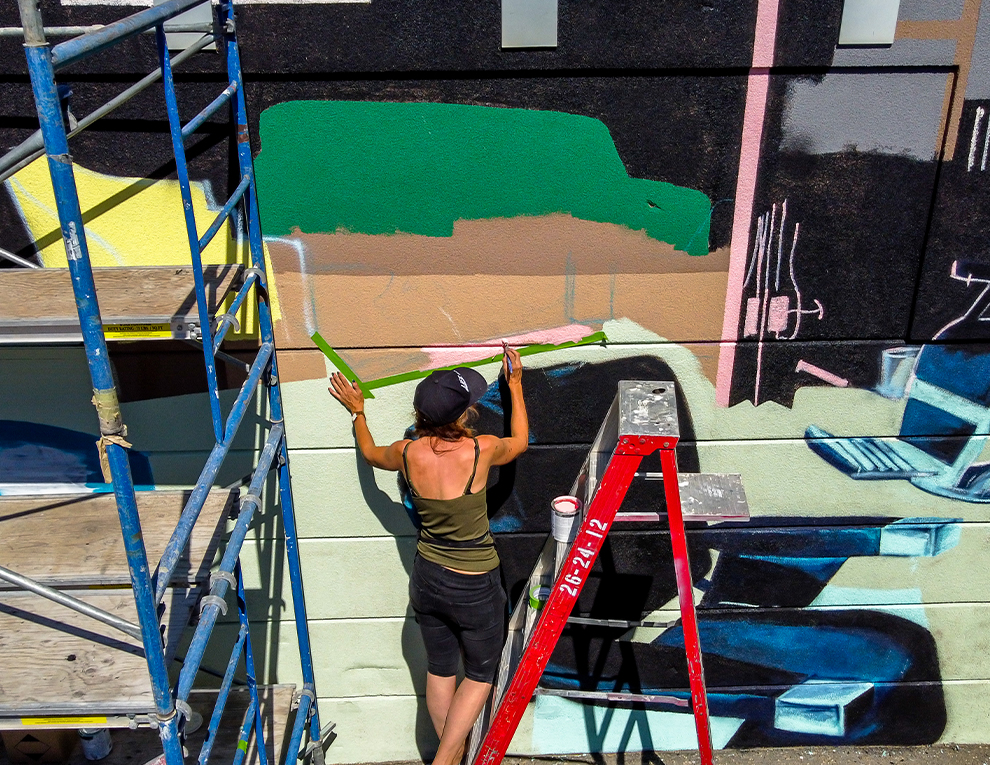 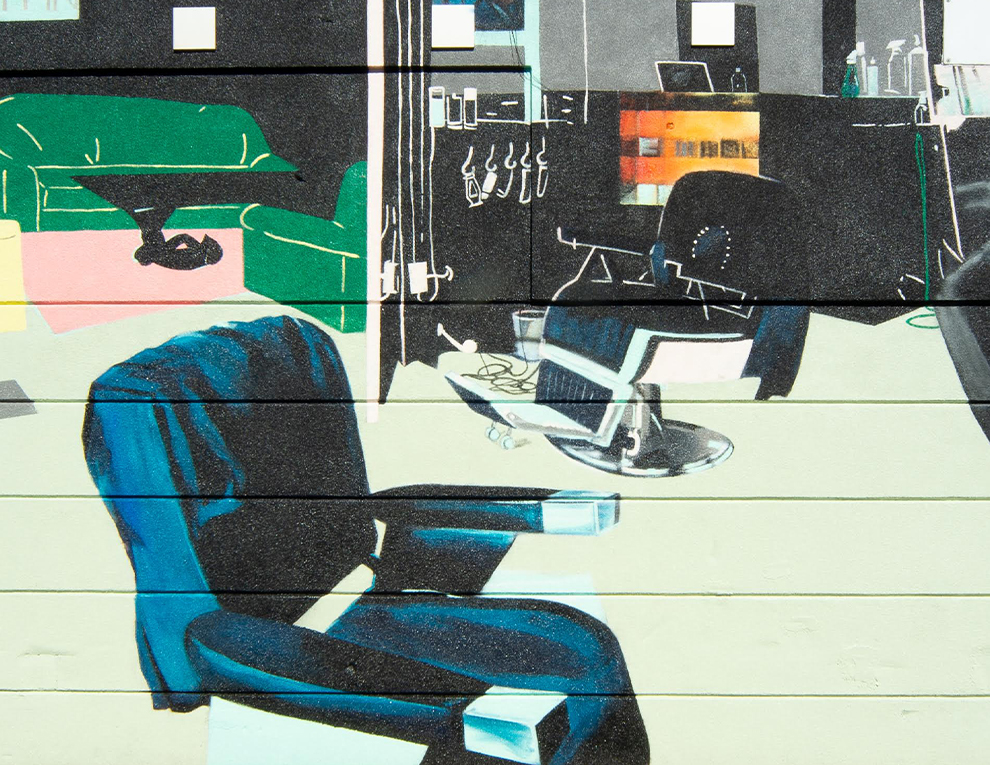 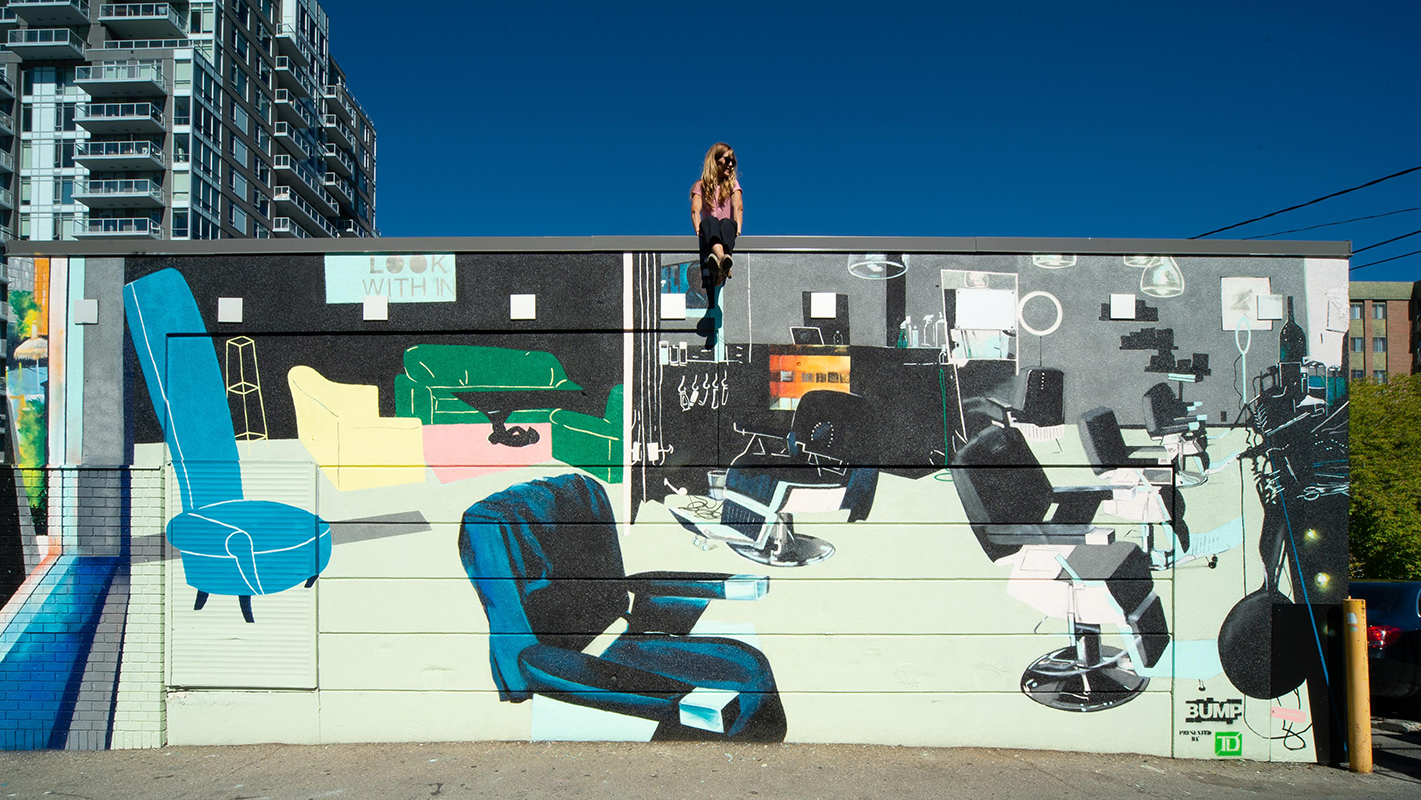 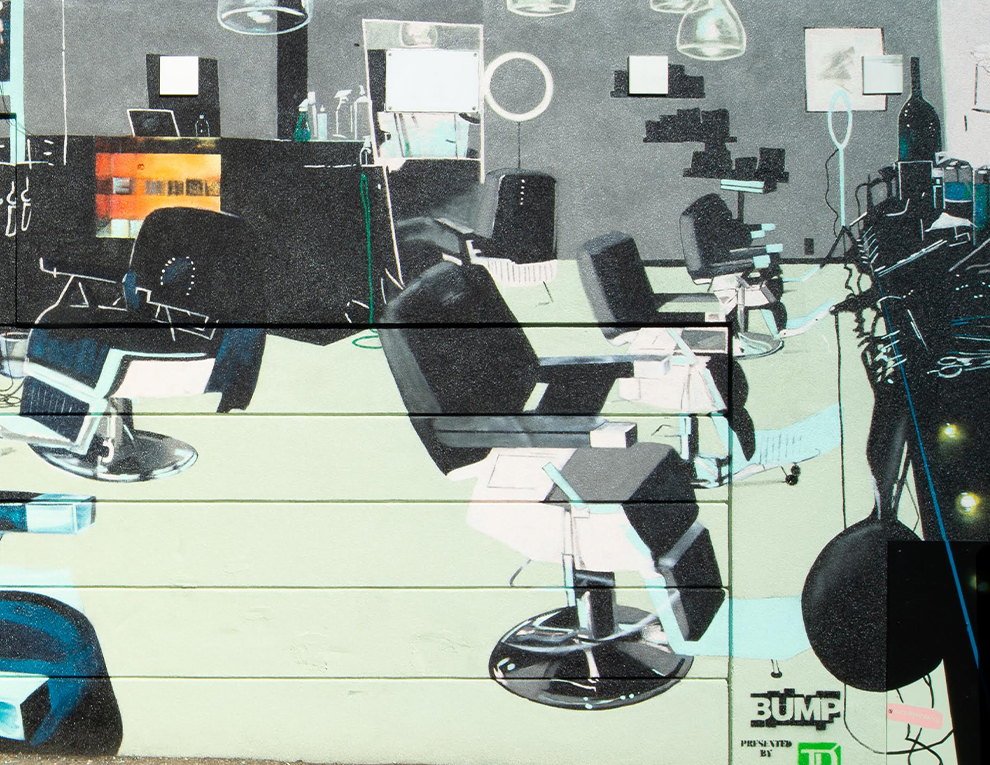 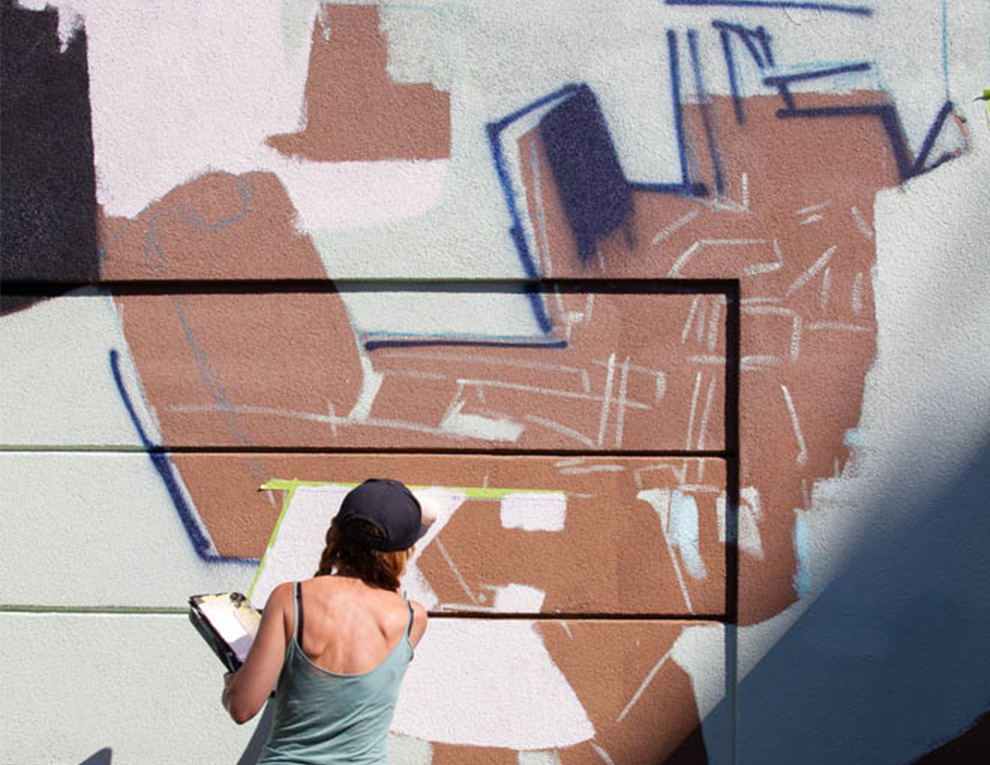