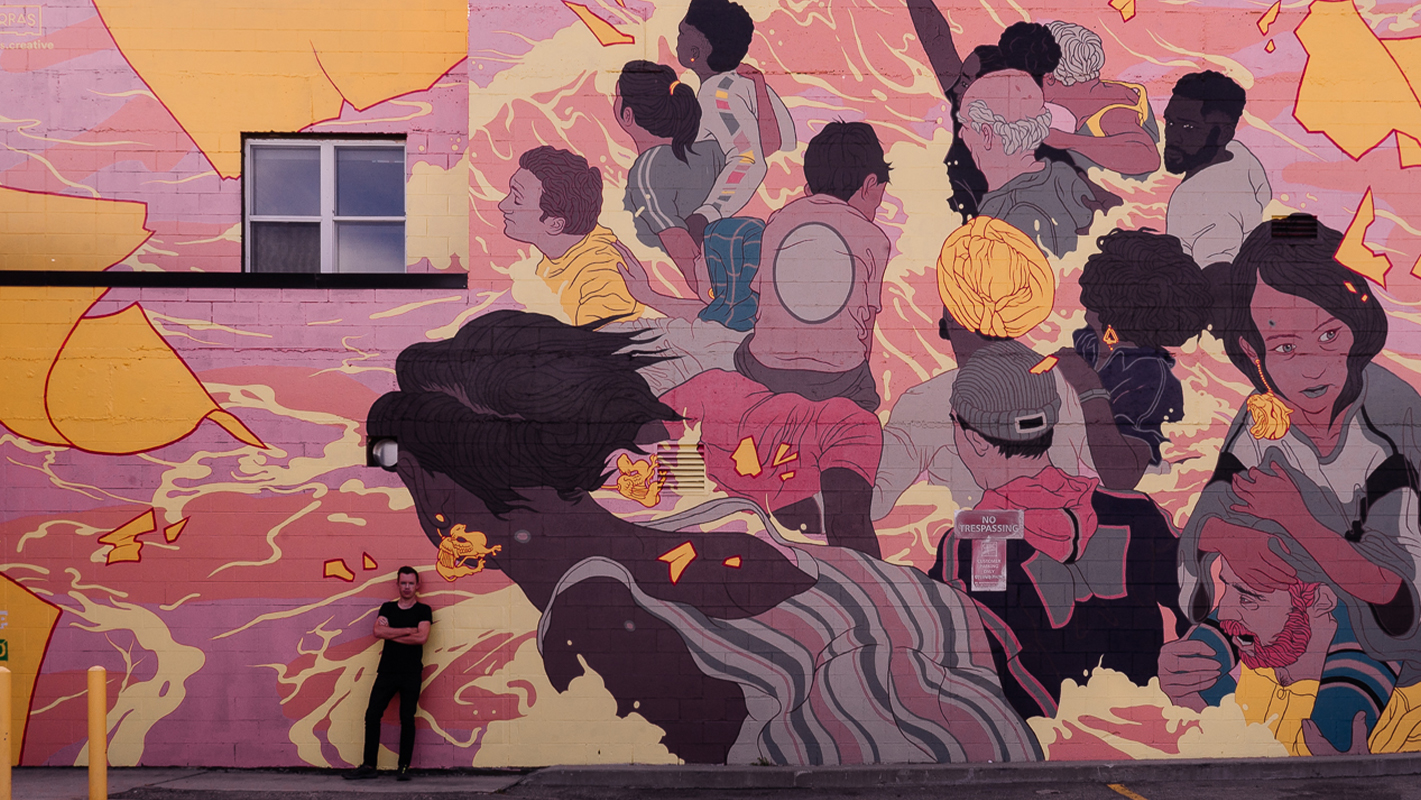 Doras is an Irish-Canadian artist, illustrator, muralist and director located in Montréal, QC. His style is colourful and dream-like, often combining historical ornament and iconography with the language of contemporary fantasy.

His large-scale pieces draw from his background in illustration, featuring objects, scenes and characters that might easily have been ripped from the pages of a book.

You can hear more about Doras and his artwork in the Artist Panel as well as in the interview below.

Upstream is a piece dedicated to all people who have walked steady against the current. It aims to illustrate the many social, emotional, political and economic forces a person faces when they decide to speak up for what’s right against the status quo.

Water to me is a perfect representation of power. When it flows gently or is offered, it brings life. Yet redirected, it can be a force of destruction. Initially I was drawn to the classic image of a fishing boat dwarfed by an ocean storm, but quickly I began to see a boat give too much protection and speed to its passengers. Most people facing these kinds of forces would be privileged to have one. The reality in so many cases is that fighting for what’s right is a slow, strenuous march against a flood of pressures. The only way to stay standing is to walk together.

In its simplest form I wanted Upstream to represent a diverse group of people marching together, drawing both from the history of social justice and current events. Time and space folded just this once to create a snapshot where, hopefully, passers-by can see themselves represented in parts or entirely in this small group.

Listen to "Doras Interview" on Spreaker. 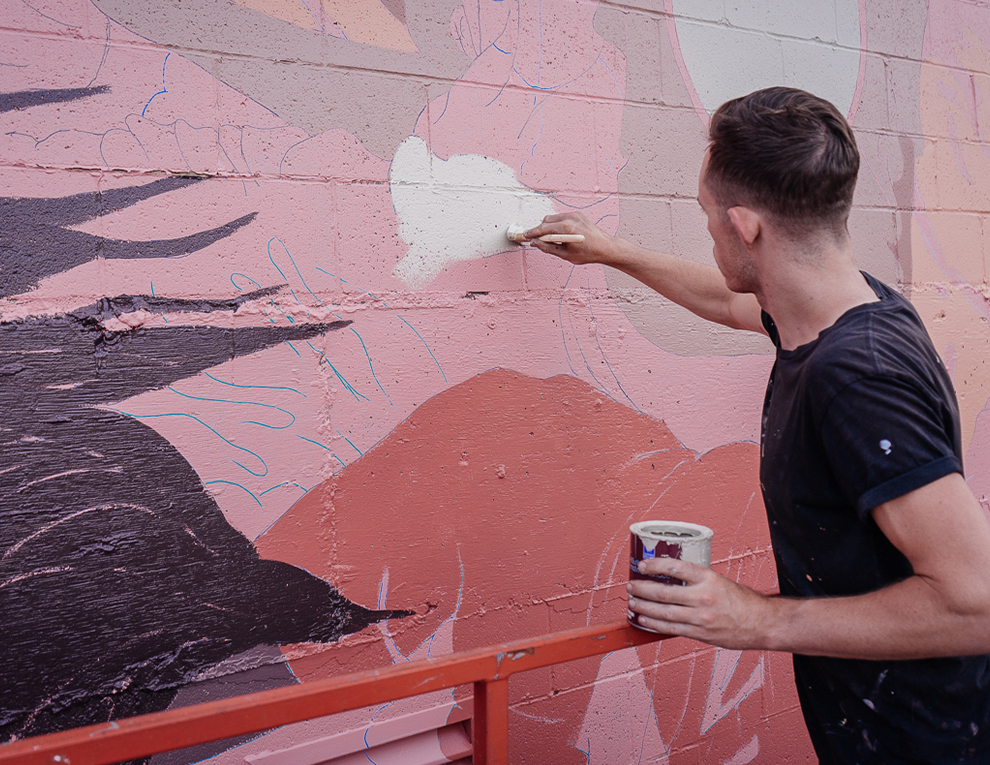 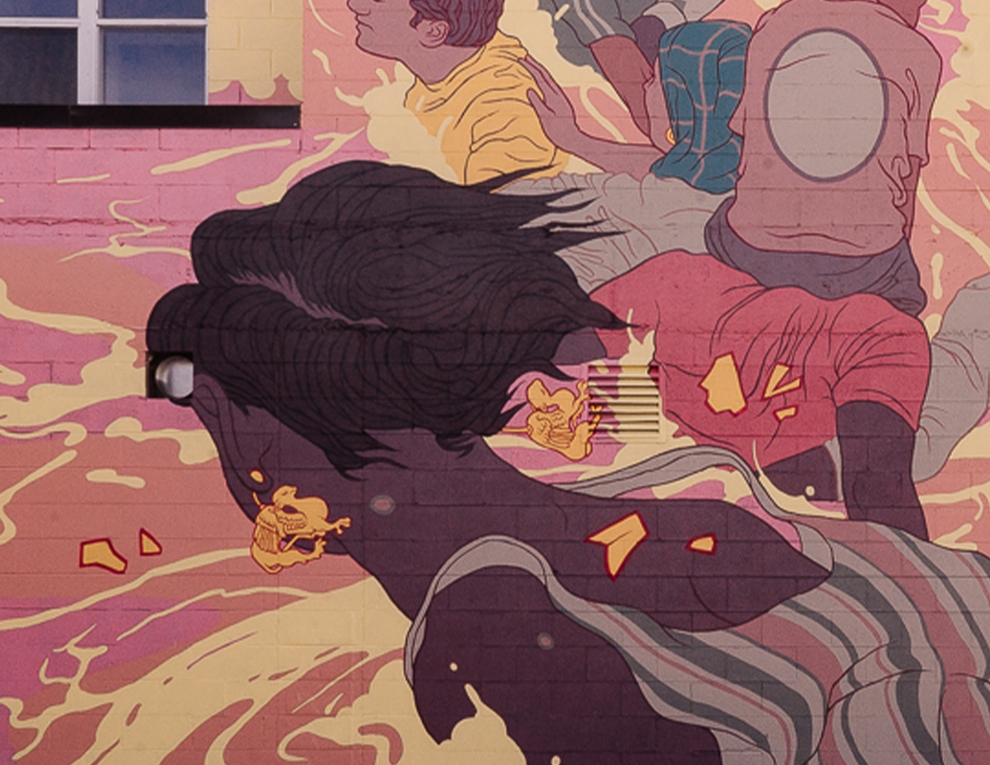 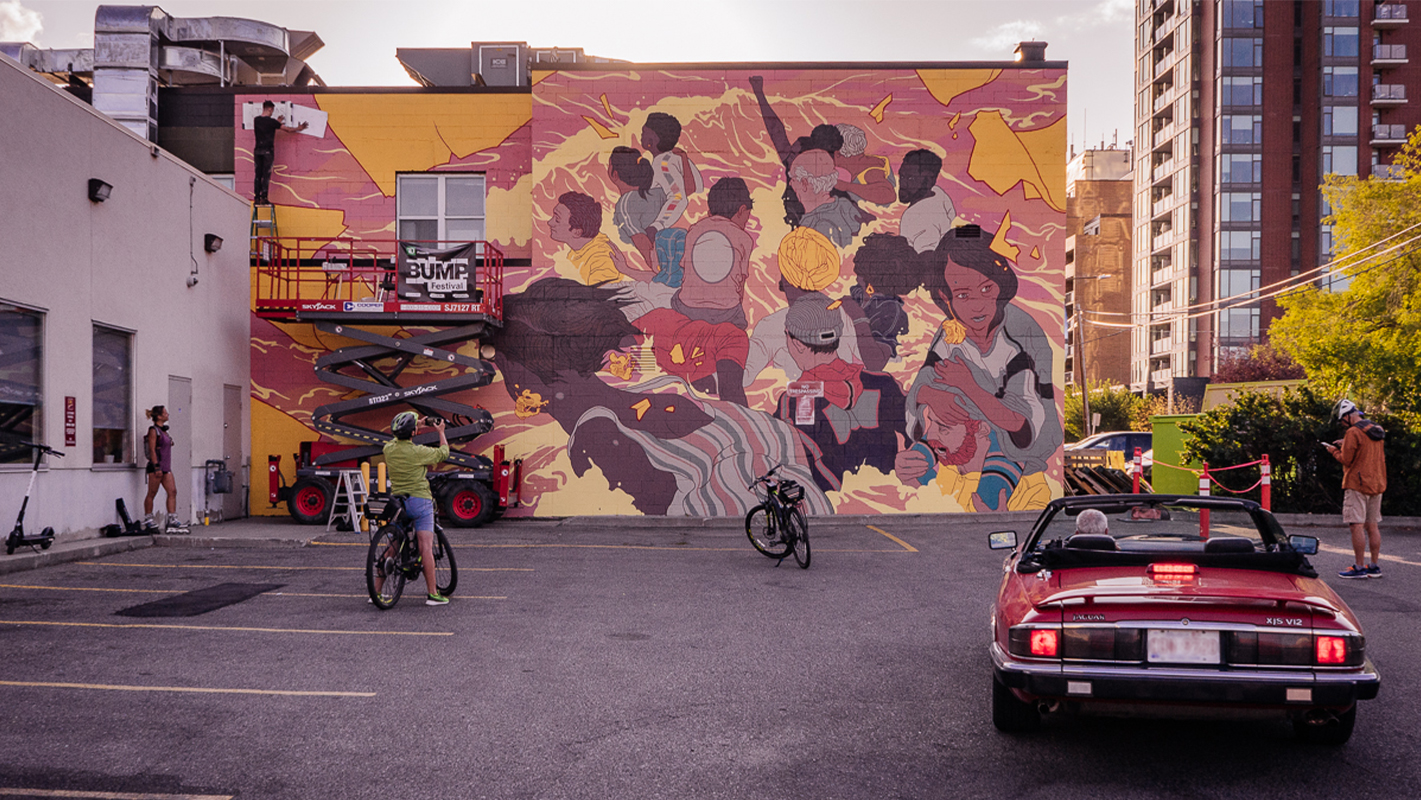 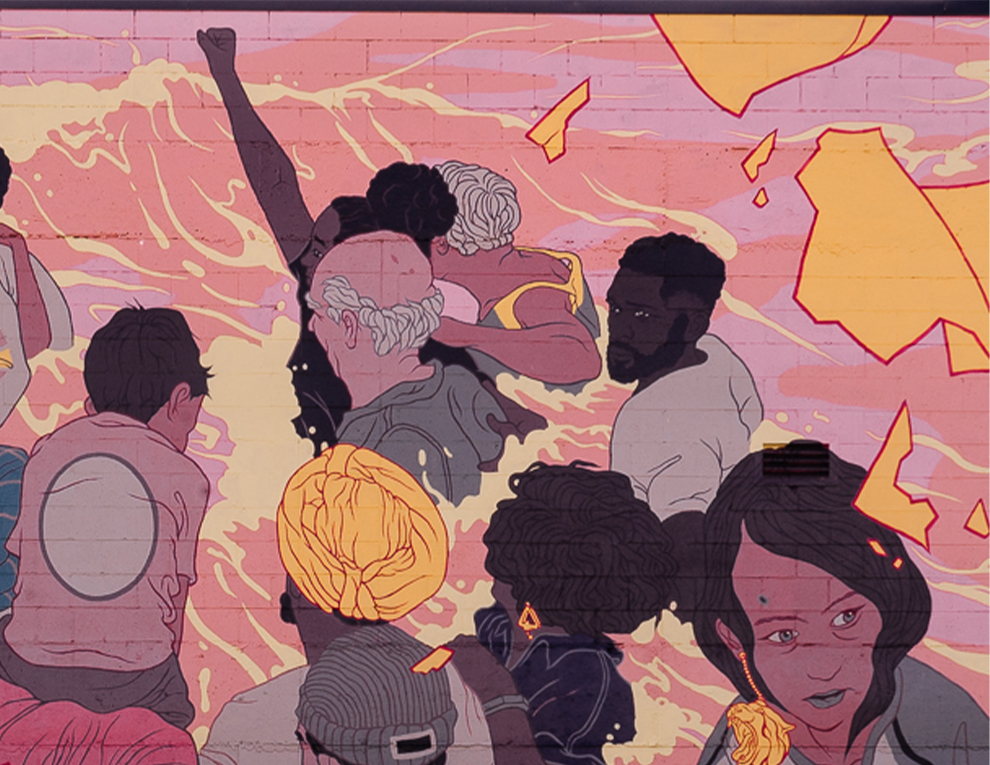 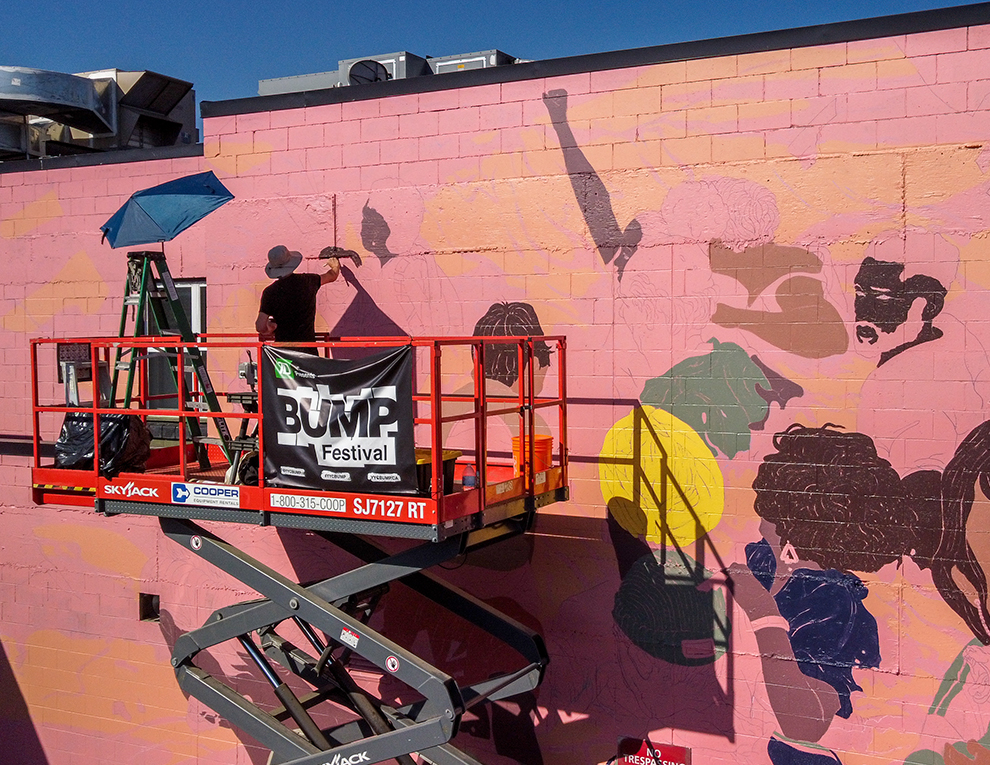