This tour takes you on a run (or walk!) across the Beltline past sixteen different murals spanning all four BUMP years from 2017-2020. All three of the new 2020 murals in this tour are works in progress at the time of this writing.

The route is mostly down 13th Avenue and 10th Avenue in the Beltline, which are generally less encumbered by traffic lights and vehicles and provide pleasantly urban spaces to run along. Please exercise caution crossing streets and at mural in-progress sites allowing for safe physical distancing from artists on site. 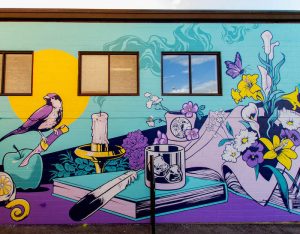 This mural Vanitas by Calgary artist Kyle Simmers delves into this genre of still life painting traced back to 17th century Dutch oil painters. The genre uses symbolic elements to explore the simultaneous presence of life and death in a moment. Inert objects are imbued with time in a way that evokes the transient fleeting nature of material things in comparison to spiritual concepts of the everlasting and infinite.

At the centre of the still life is a book, a nod to the great local book store Shelf Life Books on which this mural is painted. 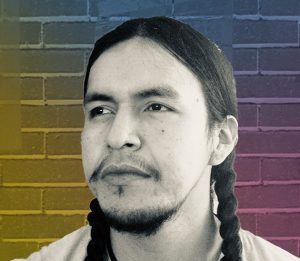 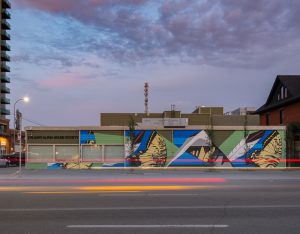 Strength and Fragility by the Powell River, BC artist was inspired by the people working and visiting the Alpha House on which this mural is painted. In Luke’s words, “I have so much respect for all the staff who work at this vital facility. I met many kind hearted and friendly people who are just trying to get by. It’s not all sunshine and roses, but it’s real. People are suffering and need help. Society needs more love.”

This mural was painted in partnership with the Calgary Municipal Land Corporation (CMLC). 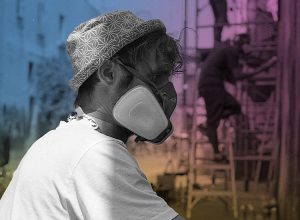 Originally from France, Sbuone moved to Montreal in 2003. Influenced by all the art and nature he could see around him, he began to draw fiercely since a young age and never stopped. As an artist he continues to pursue his personal creative path, by drawing, painting walls and more recently tattooing.

To be seen is a celebration of the people of inner-city Calgary, a walk-through portrait series of real people from the community from the Mustard Seed and Albert Tower Seniors Residence. The duo from Edmonton are now based in Montreal where their work focuses on painting people from all backgrounds and living walks of life. 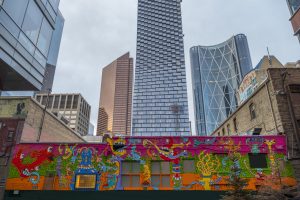 This mural at the end of the Le Germain Hotel breezeway breathes new life into one of Calgary’s oldest alleys behind Stephen Avenue and is a collaboration between Art in the City, Calgary Downtown Association and BUMP. 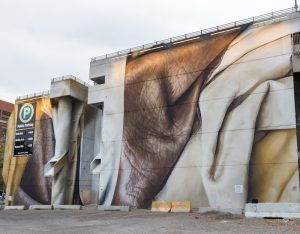 Layers of buffalo skins drape the side of this 6-level Calgary parkade. This mural explores the significance of the buffalo to the Calgary region. The concept was developed with guidance by the Blackfoot Crossing Historical Museum on Siksika Nation west of Calgary.

Influenced by the traditional graffiti movement from a young age, the Australian-born artist is recognized globally for his contemporary street art which is underpinned by his exploration of community and identity generated through photography and large scale installations. 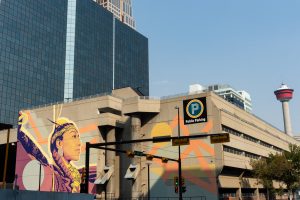 Kevin Ledo’s public murals are often celebrations of people and diversity, and aim to relate to the communities they are found in. Based in Montreal, Kevin traces his influences and inspiration to a multitude of forces including iconography, psychology, Buddhist philosophy, music, graphic design and photography.

This mural painted on the west face of the Centre City Parkade is titled ᓲᐦᑳᑎᓯᐃᐧᐣ, meaning “sôhkâtisiwin” or strength/power in Cree, depicts B-Girl and traditional fancy and hoop dancer, Angela Gladue. Angela is most well known for her collaboration with A Tribe Called Red.  The mural is based on a photograph taken by Calgary photographer, Candice Ward. 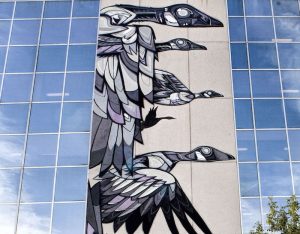 Fathima Mohiuddin (FATS) is a Indian-Canadian artist born and raised in the Middle East. She looks for universal messages and resonating imagery that brings light to questions of existentialism and the human desire to give meaning to images and symbols, particularly in nature.

In 1992, during the Gulf War, her parents applied for Canadian immigration. After a few moves, at the age of 24 she became a Canadian Citizen with a acute consciousness of what citizenship and immigration means and how borders imply different things for people with different passports.

This mural, Migration, is based on the simple fact that migrating geese have no borders. They fly to survive, momentum is their life. 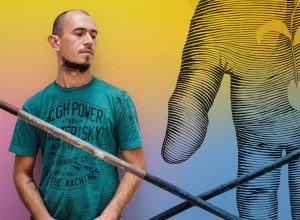 A l f A l f A is a Venezuela born muralist, currently residing in Toronto. He creates hybrid depictions of mythical creatures though his line-based style. He has painted murals all over the globe of his fantastic beings, now including Calgary. 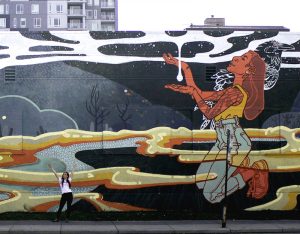 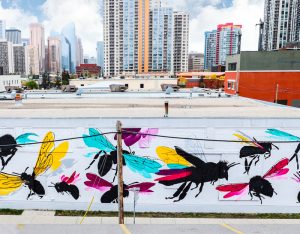 This mural, Bee Together was inspired by the plight of the urban bees and how, as humans,  we depend on the continued existence of bees for much of our food production and survival. Natalie is a based in Kanata, ON. 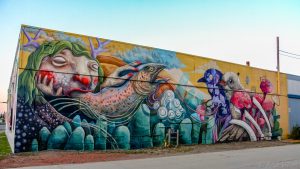 Katie is a Calgary-based artist whose practice is inspired by the interplay between humans, animals, folklore, myths, and the power of narrative based artwork. She is interested in how images can create worlds that tell stories in which the viewer is invited to free their minds to fantasize without limitations. Her most recent work is on display along the Riverwalk in Calgary’s East Village and she has recently partnered with Pink Flamingo and BUMP as part of an upcoming Black Lives Matter Mural Project. 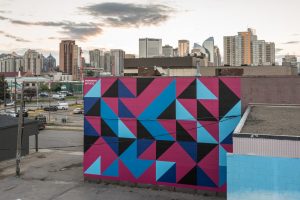 The work of this Calgary-duo is inspired by optical art, pattern painting, colour field painting, large scale abstract murals and colour theory. As a duo, their work is motivated by the desire to create a unique feeling, message and idea. They aim for their work to be fun and inviting, while stimulating curiosity and positivity.

One of the first murals painted for BUMP, but not the only cougar, Curtis Van Charle Sorenson’s mural is inspired by a deep rooted love for nature from his childhood home near Saskatoon, SK. His artwork references our natural surroundings as a way of exploring concepts of change, progression and interaction. Whether it’s a patch of grass in the city centre or a mountain top deep in the Rockies. For him, nature is always present, and it harnesses the ability to elevate our emotional selves. 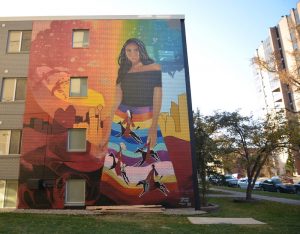 Ambrosia by Winnipeg-based artist Mike Valcourt features Ashley Callingbull, the first Canadian and first Indigenous woman to be titled Mrs. Universe. She used her platform to raise awareness for Indigenous culture and teachings and has been a strong spokesperson for MMIWG and a voice for those without the means to speak for themselves, and a voice for those who have been silenced. With her crown not on her head, but in her hand by her side, she is proving that Indigenous women aren’t stereotypical Indian Princesses.

The ribbon skirt is a new aged design that incorporates the traditional ribbon dress. Today you can see them being worn with modern fabrics and with modern clothing, and in a way, a result of the changing environment. Silk was a commodity used in trade with settlers, and over time, the designs and patterns changed to fit the style and identity of each tribe.

The ribbon skirt is about teaching women to be powerful, but not in the sense that they are the Hollywood version of warriors, but how they can be strong and resilient. To empower women is to acknowledge the effects of colonialism, and to dispel any myths about the Indian warrior princesses like Pocahontas.

The ribbon skirt that Ashley is wearing is a full regalia piece which was designed specifically for Ashley by Norma Baker-Horse aka Red Berry Woman. The skirt is adorned with four women riders. The style is something that, for Red Berry Woman, has evolved over time and has become her signature style. Each rider is a representation of a role women take in society; the leader, the worker, the feminine and the mother.