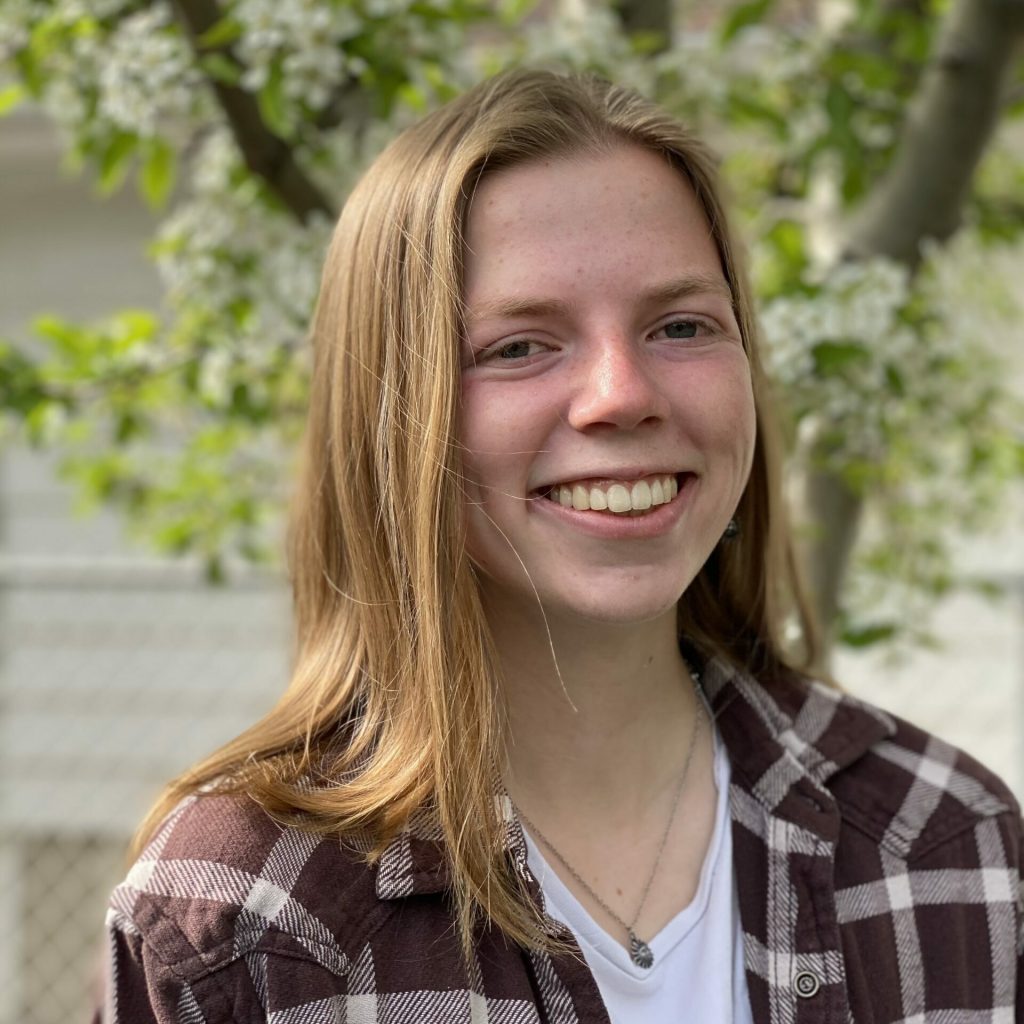 Abi will graduate this spring from John G Diefenbaker High School. In September she plans to attend the Alberta University of the Arts. Abi’s artwork is influenced by nature and is often presented through the use of limited colour palettes.

She is inspired by the uniqueness of individuals and likes to capture what makes people different in her work. Although this is her first mural for the BUMP organization her appreciation for working on larger scale projects started during the eleventh grade. She’s completed 3 large-scale murals for various projects including a 50 year commemorative mural for Diefenbaker High School.

For this composition, I chose to take a step away from my typical mural style of fitting the subject matter together like puzzle pieces, and instead, chose a style in favour of an image that would better complement the shape of the surface it is being applied to.

I chose a limited colour palette to further complement and provide emphasis on the subject matter of my piece. While taking into consideration where the mural will be displayed, I chose to paint cows in a serene floral landscape. The colour palette that I chose offers a calming and content mood through the use of dulled and complementary colours.

I saw it fitting to paint the animals as they are a sight familiar to the eyes of Calgarians. I chose to fill up as much space as I could on the surface it will be painted on because I thought I would be best suited when taking into account the shape of the jersey barrier.

The idea for this concept formed through the desire to create an image associated with the season of spring. The lighter shades of the cows, as well as the colours of the flowers, provide an aspect of contrast with the varying shades of green
present in the background.